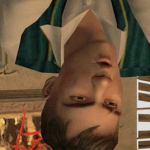 Hey Cool, no he was definitely not demoted for doing something wrong, it was due to his inactivity which was increasing day by day --MythHunter 007 Talk 11:38, August 23, 2016 (UTC)

Hey. I reverted your removal of the Image licencing message above. Only staff may remove these messages. Whether you agree with it or nor, it needs to stay. Given you ignored it when you uploaded your next image, I suggest you read it. Smurfy: illuminate - communicate - spectate 07:06, January 30, 2017 (UTC)

Those audio files are no exception to the media policy. They should be named and licensed correctly. You have the choice of waiting until someone renames them, or reuploading them with a proper name, and listing the old ones for deletion. Monk Talk 16:19, February 25, 2017 (UTC)

Alright man, chill out. Don't give me that much pressure, I'm new around here. Can you please tell me how I should name quote audio files that I upload to the wiki? Very much obliged.--CucumberCool173 (talk) 21:40, March 3, 2017 (UTC)

Retrieved from "https://gta.fandom.com/wiki/User_talk:CucumberCool173?oldid=977349"
Community content is available under CC-BY-SA unless otherwise noted.