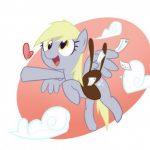 Hi, welcome to GTA Wiki. Thanks for contributing to the Ryder (mission) page, and for taking interest in the wiki. Please leave a message on my talk page if I can help with anything, or as alternatives, leave a post on a forum, or refer to the Help pages. -- Spaceeinstein (Talk) 18:26, January 20, 2011

Hi, Collie. I have been banned from the Alt. Hist. wiki, possibly for a good reason, but I still think the terms are a bit extreme. To be quick about it, I noticed a blog post by FirstStooge (who I have never met personally, to be honest) that celebrated Eid Al-Fitr. I am a devout Christian, and it is my personal religious belief that Islam is a religion of hatred that directly clashes with Western society, progress, and American values. With that being said, as I went back through what I missed in the past couple of days, I noticed that I had skipped over this post, which, to me, was a bit too much.

Noticing this, I at once felt that I had to stick up for my values. After all, to me, when he started chanting "Allah Akbar" at the end, I felt this was a heresy and I ought to stand up for what is right (in my eyes).

Seeing that this might be a way to open a conversation (and even learn a bit more about Islam myself), I posted what I felt about Islam. Whilst waiting for FS' response, a multitude of people (mostly Scrawland Scribblescratch and Monster Pumpkin) got into a bit of a flam war, for which I did no real part to calm myself down. I will admit, at this point I crossed the line, but I felt that I was being attacked, not just my ideals being attacked (a quote to prove this is: I'm asking you not to be an ass. - CrimsonAssassain)

At this point, Scraw came onto Chat, where he asked me to stop, and I posted on last thought, after which, I figured, I could either wait for FS to provide a response, or decide to give up on the conversation altogether. I ended the conversation, and then thought "That is that!"

When I logged in, later in the evening, I found that I couldn't edit anything! It turns out, Fedelede banned me for 2 weeks. Here is what he said: (Inserting false information: NC/NC violation, flamebait, Islamophobia/religious discrimination). Here are my defenses for the charges.

Collie, I understand that you are a busy kind of person, but I would just like to ask a few minutes of your time. I actively participate in a number of communities on the AltHist Wiki (PMII, RDE, Yellowstone, WWIII, and more). I have a large number of friends, who would vouch for my overall character.

I think you could ask almost any member of the community I have come in contact with (maybe with FS being the exception) and they would tell you that I am a cool guy. Ask Greg, Feudal, Edboy, Willster, UglyTurtle, Local Mafia Boss, Ratc/CaptinStark (I know, he hardly counts), Imp, Kogasa, Viva, ToB2, Octivian, Eip. or CourageousLife, and I am pretty sure they would all attest to my general character.

What it came down to, for me, is that he is celebrating a holiday when Muslim extremists killed 69, out of 671 during all of Ramadan. It just struck me as a bit out of touch, but I grew disrespectful. I have asked FS to come on chat on his wiki with my, so I may apologize, but as of yet he hasn't replied (understandably). Please consider what I have said.

Retrieved from "https://gta.fandom.com/wiki/User_talk:Collie_Kaltenbrunner?oldid=470431"
Community content is available under CC-BY-SA unless otherwise noted.