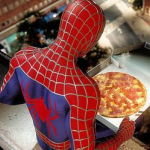 aka the definition of epic.

Hello! We appreciate you're work here, but please do not add the Bureaucrat template to your user-page, as you are not a Bureaucrat here. Thanks!--

So one of the executives from Take-Two said the game will be released? So what? He just confirmed what anyone with common sense already knew the second GTA V made 1 billion dollars in profit in only three days. We all know that GTA VI will be released some day, but since theres barely anything to be said about this game until its officially announced, theres no reason to make a full page for it. DLVIII Talk 03:48, August 27, 2015 (UTC)

Once Rockstar teases GTA VI and unveil a trailer in the same manner of GTA V, then we can create a page for it.

I understand it is hard to get into your head at first. Basically, you've nailed the licensing part, you just need to focus on the naming part. If for example, for the image you just uploaded, I was going to name it, I would call it "LosSantos-Landscape-GTAV". You are basically saying what it is, what type of view it is, and what game it is. These differ for what type of subject the image is for. Just take a look at the naming section of the Image Policy page and it should hopefully explain it. LS11sVaultBoy (Talk) 21:48, October 14, 2015 (UTC)

Just because NYC has an estimated population of 8,000,000, doesn't mean LCS (regardless of whether it's based on NY or not) has that figure too. This is the exact same scenario as saying the Stanier has a top speed of 128 mph just because that's the top speed of the real life Ford Crown Vic - or saying the Stanier has a V8 just because the real life Crown Vic does - it's just educated speculation, which is still speculation.

Until there's a source saying LCS has an actual population, there shouldn't be a mention of population regarding NY. Mr. Ferrari (talk) 19:17, March 25, 2016 (UTC)

Calm down your tone. English writers like myself may spell things the British way unintentionally without knowing the Americanised spelling. There is absolutely no need for this pathetic, sarcastic and rude attitude in edit summaries. Monk Talk

I don't need you to mock my intelligence. We're not a dictionary and we dont need your running commentary on what things stand for. Monk Talk

Joining chat and immediately leaving several times intentionally is considered spamming. I have enough to do without you constantly joining chat, without saying anything, and then leaving. This, according to colleagues, isn't the first time this has happened. Monk Talk 15:32, June 26, 2016 (UTC)

The Clr template is far from being nonsense. It is useful particularly when you have an infobox at the right side that is greater in height than the main section at the left. As such, it is not to be "removed from all articles". Ultimate94ninja talk · contribs 16:02, September 4, 2016 (UTC)

"This state of non-affiliation does not mean that the two wikis are "rivals" or "enemies". Users on both wikis are encouraged to remember that the people on the other wiki are, in fact, people, and deserving of courtesy and respect, regardless of disagreements."
―Excerpt of the page

Thus, the link will not be removed because you declared him a "mortal enemy" or whatever. We aren't internet warriors.

Yes, I'm well aware of that. Thanks.

Pretty much, since the Import/Export update release. I've just wanted to collaborate for a bit (and because Wikia ads struggles my computer when no accounts are used :/ )

Anyways, how's it going over there? --

Well, I appreciate the fact that I could come back to the WD Wiki some time later. However, what you and others don't really know, my change of priorities means that I wouldn't be able to be in the wiki as much as expected. Why? Well, it is likely that my interest on videogames are really, really fading out, and these priorities, along with personal life, won't give me time to edit anymore.
In fact, I figured out that I would be active until this year... which ends today. Stress and personal issues have been rather destructive for me and I was, as stated before, the responsibles of the lacks of interest over videogames in general.

So, before leaving, don't worry about me. I'll be fine over there. Excuse my attitude earlier and Happy New Year. See ya and good luck. --

The Wikipedia article I am currently using to get the information is this one which calls them accolades. I did actually begin by naming them 'Awards' until I came across this page. LS11sVaultBoy (Talk) 21:52, January 3, 2017 (UTC)

Do you have a source for the spelling correction. If so, the page will be renamed, not recreated with the new spelling and there is no need for multiple redirects for mis-spellings. Smurfy: illuminate - communicate - spectate 19:24, January 23, 2018 (UTC)

Also worth noting that R* definitely use the "a" spelling for Terrance in GTA Online, so "the more common spelling" evidence won't cut it. Smurfy: illuminate - communicate - spectate 19:38, January 23, 2018 (UTC)

You still haven't answered where it has been revealed that his name should be spelled with an e. I'm not renaming anything until then. Smurfy: illuminate - communicate - spectate 19:43, January 26, 2018 (UTC)

Hi. I deleted your [[Burping and Farting]] redirect page to Farting and Burping because search string parsing will return the correct page for searches in either order, unless the user encloses the entire string in quotes i.e. "Burping and Farting". The redirect is unnecessary. Smurfy: illuminate - communicate - spectate 22:45, April 16, 2018 (UTC)

Retrieved from "https://gta.fandom.com/wiki/User_talk:Chris6d?oldid=1064221"
Community content is available under CC-BY-SA unless otherwise noted.