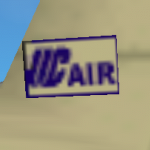 Hi, welcome to GTA Wiki. Thanks for contributing to the Empire State Building in GTA III Era page, and for taking interest in the wiki. Please leave a message on my talk page if I can help with anything, or as alternatives, leave a post on a forum, or refer to the Help pages. -- The Tom (Talk) 09:22, April 14, 2012

Hey Massionet! On the GTA V talk page I explained what those Eras represent for the GTA games. :) I hope you find it trustworthy!

Actually it's been a few weeks now, but yes, I'm having a lot of fun, correcting pages and helping the wiki even more than when I was a patroller.

I've seen the new pics you're adding. I think they're pretty good. I corrected the grammar of their captions, yesterday.

What do you think about my solution for Mitch?

Thanks for the attention.

I asked you on Mitch's talk page for an opinion on how did you want the other Mitch's page to be called: Mitch (NOOSE) ?

I think I should rename Mitch's current page to Mitch (LCPD).

Hey Jaime, I created the page yesterday and left you the link here.

If you haven't seen it yet, check it out, here's the link.

Personally, I think we should wait for the trailer to write down the news about them, in their pages.

Hey, how are you?

So, I'm not sure about merging the two pages, so I'm going to get a second opinion, to see if we should or should not do it.

In case you haven't seen it yet, Jaime, I've added the "Merge" template to Michelle's page.

I think that's exactly what we need, the newer the better. Straight out from Michael's trailer.

Keep up the good work!

The picture shows how an attack of the SFT would look like.It can be done with a glitch.I also know that they aren't enemies of CJ but whatever! That's a demonstration of a glitch! Look at the Hood Glitch#Type 3 section for more info.When not on the SFT page, then where could I post it? Jeansowaty2 (talk) 11:35, April 28, 2013 (UTC)Jeansowaty2

Yeah, it is going to be changed.

In a few days/weeks, Dodo's friend, Bola is coming to help us change the background image.

It kinda looks like a modified Tampa, with a different, older-looking front part.

Also, did you notice there's something on top of the car? What's that? Something attached to it?

Well, I think the normal 6 star wanted level system is more challenging, but then again, in the other games, there weren't NOOSE members hanging out of the vehicles, like in GTA V...

I think that if they've changed it from 6 stars to 5 stars, they're going to put a lot of tough cops, to make it up for that one less star.

If yes, no problem.

But first of, show them to me.

It's been so long since I've seen them, I couldn't even remember them.

Go to Video (in the "Add features and media" section).

Write the URL down and there you go.

I saw the trailers when you were posting them.

Nope. You should ask other staff members, too.Dodo8 Talk

Yeah, I know the game. Not that I play it, though.

Well, I'm having a hard time with school work, but if I have some spare time I'll go check the existent articles and try to improve the grammar, clean-up, etc...

I'll try to save some time for it.

Just come by to remind you that you shouldn't remove comments or content posted by others on your talk page without their consent. We would like to maintain the freedom of speech within the rules. JBanton (Talk | Contribs) 17:00, June 8, 2013 (UTC)

Hey! How are you?

I don't need help with anything right now, but I'll let you know if something comes up.

Did you buy GTA V?

Hahaha, Saints Row will never be like GTA V.

I think the game is close to perfect: the fast-food venues and food poisoning street vendors added a little realistic touch...

But still, a great game.

Well, I haven't found any way of crouching in GTA V...

But crouching is not very important, - not as much as getting in cover, anyway, which is present in the game - and I like the possibility of doing stalth attacks on people in the street, a lot better.

Retrieved from "https://gta.fandom.com/wiki/User_talk:Briantool80X?oldid=1067773"
Community content is available under CC-BY-SA unless otherwise noted.