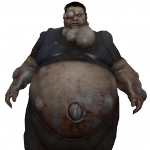 Did the talkpage archive for Dodo dude, your welcome.

Yeah, I'm very busy with school. Whenever I have free time, my parents tell me to learn more instead of surfing the internet/playing games. I haven't gotten GTA V yet. I'm waiting for the PC version, but it seems unlikely that it will ever come out. :( After this year's exams I'll buy it for Xbox if it's not announced for PC by then. Besides that, I'm good. I hope you're good aswell. :) Dodo8 Talk 08:01, January 24, 2014 (UTC)

Hey Boomer8. It's Smashbro8. I have written a request for promotion on the Requests for Promotion page. Please give me a vote! Thanks! Also, I apologize for arguing with you over GTA V.

Hey Boomer8. The user is not blocked yet because the admins are not awake at the moment. I've reported every admin and Cloudkit had reported the bureaucrats but no one is available. I've put most of the user's pages for deletion but not all because he's made so many pages of this gross stuff. Hopefully he'd be blocked for infinite before he comes back. I hope he never returns.

Thanks a lot for that. I personally feel that there needs to be one admin to stay up late or maybe a patroller like you should be promoted to admin to watch this wiki at night. Vandals to me attack around midnight and early morning. This is the worst vandal attack I've ever seen on this site and any wiki period.

I agree that he is a perv. When The Tom returns tomorrow, I think a staff meeting should be arranged. We can't have anymore attacks like this. I was editing somewhere else and got a message from Cloudkit which the user faked. I then clicked the recent wiki activity and saw this mess. Cloudkit really needed my help so I did as much as I could. But yeah, Ilan xd, Messi1983 and The Tom need to be involved in this so something can be worked out.

Alright I'll talk to The Tom as soon as I get up tomorrow and ask about a staff meeting. I never would've thought a vandal would take it to this extreme. Thanks Boomer for agreeing with me and I won't argue over GTA V again.

Woohoo!! Thanks for reporting him to Wikia!

Just to be clear, I don't want you to resign, I don't want you to - as Sasquatch said - "get lost", but to threaten to resign because of one issue with a vandal in the way you did is unprofessional. I do appreciate your help with the vandal, and I get that you don't exactly want to see that kind of stuff, but vandals are part of Wikia, they're always be there. We just need to revert, report, and ignore. Anyway, I hope you didn't take my comment as to heart as Sasquatch seemed to. Tom Talk 23:03, May 2, 2014 (UTC)

I wasn't rude, you spoke about the b'crats in an insolent manner - not for the first time I've been told - I spoke to you in a blunt manner which afterwards I felt the need to clarify because of how you may perceive it. Anyway, that's done. But try and put your point across in a more civil manner in future, insulting the b'crats and threatening to quit won't get you anywhere but demoted.

You need to understand that in going to Wikia you did the right thing, an admin can only stop the user for a minute before they just make more accounts. They too inevitably go to Wikia. Tom Talk 09:28, May 3, 2014 (UTC)

Hey Boomer8. I just wanted to say that we all have to get over things in life. Sasquatch was blocked and demoted for incivility. Don't go and be incivil to The Tom and other bureaucrats. I've had a lot from yesterday and I'd hate to see another patroller who I greatly enjoyed working with leave the wiki. Always remember we are a team and we should not fight each other. Our goal is to protect the wiki. With the Vandal, there is always a Plan B. We will eventually have a way to stop vandals with ease but for now, let's just work together and keep the wiki clean of attacks and just keep editing. Thanks! Also, thanks a lot for your welcome of me into the GTA Wiki staff!

I agree with you. I really liked Sasquatch and it hurts me all the time, even all last night due to the fact we can't talk no more. I think Sasquatch shouldn't have been blocked for good and demoted cause he used to make pages of streets which we needed. Even though I voted yes for incivility, I really feel sorry for him. But as I said, these things happen in life. We just gotta learn to get over them and move on. Don't argue no more. Just keep it to yourself. Because if you blow up too, we'd suffer more from another lost patroller and I'd be hurt very much.

I think so too. I feel eventually he may want to return but he can't at all unless he talks to The Tom or another bureaucrat on another wiki.

I saw what you wrote on my Talk Page...

Hi i saw what you wrote on my wall but that's truth what's point to lie after all i most of my edits in Myth Wikia were just blog posts or comments (I'll be back...After 3 years xD) I can still read the myths articles so no point say I'm older ...But that cenzore is kinda nonsense because how can 13 old be a myth hunter if GTA can only be purchased 18 years old...I just making my block worse posting that 18+ thing...Uh an with my all friends they have Favorite Wiki's stage on them User Page's so i can talk with 'em on other places...Thanks anyway :)

Is adding links to pages considered pointsgaming? And if you blocked me for adding categories then I have just added useful categories not added categories like adding myths pages to easteregg categories. You blocked me on gtamyths wiki.Myth hunter (talk) 06:30, July 29, 2014 (UTC)

If I were you I'd go for Patroller again. Don't make the mistake Sasquatch made of running before you can walk. Applying for administrator rights will almost definetly get you a no response. Leo68 (talk) 17:05, January 22, 2015 (UTC)

From Leo's words I make mine, you should send a patroller request regardless of Sasquatch's promotion, i've been talking about that to Smashbro8, you deserve a chance.

Really? I think you and Jeff are meatpuppets. You and Jeff barely edit pages other than RfPs so I guess both of you would fit that category too. You see how absurd you sound? --Boomer8 (talk) 20:49, January 24, 2015 (UTC)

I have taken a look back at your block in January, and I have decided to unblock you because the reason wasn't exactly certain. You, as far as I can see, were blocked for Meatpuppetry but I took a look back and you were claimed to be a meatpuppet for voting on Sasquatch's request a few days after coming back, despite yourself being told by Leon that you should try running for Patroller yourself a day or so before.

Basically, consider yourself on 2 blocks so if you do anything else against the rules that isn't warning worthy you will be blocked indefinitely and will not be unblocked again. LS11sVaultBoy (Talk) 08:25, October 13, 2015 (UTC)

You know what, I kind of do want my position back as I have actually thought of some new things I'd like to do on the Myths Wiki that I feel could be sorted a bit better. I'll leave it up to you and Sasquatch whether I'm actually allowed to have the rights back (you never know). LS11sVaultBoy (Talk) 20:40, October 13, 2015 (UTC)

At least I know that animation files require models and are not actually models themselves.

You are no longer permitted to edit my user page, regardless of notations on the page. Any edits you make to my user page in future will be regarded as vandalism and necessary action will be taken. Thank you. Monk Talk 13:16, October 29, 2016 (UTC)

Except it wasn't a joke, was it? Because I've heard (and seen prior to leaving chat) what has been said. It was far from a joke. Let's leave it at that. Also, I don't see how it was trivial, so the invitation didn't apply to what you inserted. Monk Talk 20:46, October 29, 2016 (UTC)

Retrieved from "https://gta.fandom.com/wiki/User_talk:Boomer8?oldid=947017"
Community content is available under CC-BY-SA unless otherwise noted.