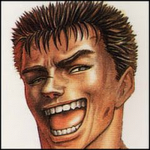 Hi, I'm Rhem! This is my talk page, leave me a message if you want to.

I think the problem is the MediaWiki, the template itself seems alright.Dodo8 Talk

It doesn't really matter. Both games are still considered main games by Rockstar. Personally I'm not sure where they stand for me. But, just because they aren't numbered doesn't say they are spin-off. -- ILan (XD • Edits • Home ) 11:01, August 11, 2013 (UTC)

Why do u always rollback my edit on Hydra? In GTA V it isnt called hydra so dont call it hydra >.<

Sorry, Rhems, but Vaults is running the Xbox 360 division of GTA Wikia Crew. Although since I don't have the time to mess with it right now, due to school studies, maybe you can create some emblems and I will pick one that is the best. I can't yours check right now, because I'm doing some homework and have to prepare for school tomorrow.

Well if it's leaked then we can't have it on there. The bureaus strictly said no leaked information until Rockstar confirms it or until September 17th. VaultBoy Tom (Talk | Edits) 14:56, August 30, 2013 (UTC)

Thanks for looking out, man. :)

Well, I was used to "Kingrhem", but I'll get used to your new name. It's not a bad name.

Hi, just wondering but where did you get the picture of the Cheetah from? Thanks. —Preceding unsigned comment added by James1579 (talk • contribs) Please remember to sign your talk page messages with ~~~~.

I just wanted to let you know, school starts on 16 September. Here, at the end of the year we will have to pass 2 exams with a grade as high as possible, this will decide our future. The higher the grade, the better the high school. Due to this I'll have to learn a lot and do a lot of homework, so I will become inactive. I'll try to check the wiki as much as possible, maybe even daily, but I won't edit that much. Cheers! Dodo8 Talk

Ok. And thanks for adding that template to my userpage. :) Dodo8 Talk

I just did, let's see if any of them does it.

I don't know what's going on, but this guy here -- http://gta.wikia.com/User:AnthonyCumiawashere along with another is basically rather sticking to trying to change Wade's page to something it's not. I've done it enough times that I'm not sure what this user is on. — Aryn Comms 07:14, September 22, 2013 (UTC)

The "Males" and "Females" categories are in the process of being removed from the Wiki. Hence why I removed the category from the "Mohammad" article. Tom Talk 09:33, October 7, 2013 (UTC)

Alright Thanks! It's Done! I originally had mine blue to separate me from the bureaucrats.

Hey AK-28! Smashbro8 here! On other wikis, must I upload the same file you gave me to make my signature picture appear? If so I need the image itself to upload.

in gta V do you have to press and hold down on the dpad in oder to keep your flashlight attachment on or can u just press i once and keep it on and shut it off when you want?﻿

Hey AK-28! I need the file link for image Part 2 (talk) of my signature so I can upload it on other wikis! Thanks!

Thanks! I got it!

How come you reverted my edits on the Apple iOS page? I fixed grammatical and sentence errors on the page, and I replaced a missing photo. —Preceding unsigned comment added by LOLZpersonok (talk • contribs) Please remember to sign your talk page messages with ~~~~.

Hey AK-28. Thanks for your compliment! Also, the color changing of my signature is fine with me.

Hey AK-28. I do not have GTA San Andreas on my tablet, however, I do own it for the PS2. Why, are there any differences between the two?

Do you know which missions were deleted?

Oh I don't know about that mission. Based on the images I just saw on Google about the game, it really does have improved graphics. It looks like it'd be hard to control CJ during gameplay.

If you want to send the link go ahead, I don't think I would download it though. I have too much fun with my PS2 San Andreas.

Yo man them graphics are amazing!!! I wish GTA San Andreas on PS2 had these graphics. I love a game with good graphics and amazing gameplay!

Hey Rhem! Can you check out my request on the Requests for Promotion page? Thanks in advance! RageQuit Talk 17:58, August 8, 2014 (UTC)

You have been nominated to be demoted and possibly blocked from editing this wiki: GTA_Wiki:Requests_for_Promotion#Demotion:_User:AK-28. You may not vote, but you may speak in your defense if you want to. Jeff (talk·stalk) 08:53, August 17, 2014 (UTC)

Stop deleting stuff for no reason!! thats abusing of power, atleast when you delete stuff make sure to put a reason for it instead of putting smilie faces or i will have to report you.RockstarFanboy (talk) 23:00, December 24, 2014 (UTC)

Don't give him attention Rhem, this kid annoyed Rain a long time ago and he is still trying to annoy everybody from this wiki, don't talk to the admins about this, believe me, this is just bullshit, let this guy away from this wiki, he was blocked on almost every wiki since then.

As Andre said XPanettaa is only a troll that only deserves to be ignored. He came here hoping that no one could warn him as he was clearly ignoring policies and ever since Ilan blocked him in October he harrassed every staff member here despite Ilan's answer saying that he was not getting unblocked. Believe us, we're very fine without this kid.

Retrieved from "https://gta.fandom.com/wiki/User_talk:AK-28?oldid=885251"
Community content is available under CC-BY-SA unless otherwise noted.