Okay, now I'll work on GTA top 10 lists, and my first one is about useless or terrible features in the GTA Series. As a GTA gamer, I like many GTA features, but there are also features that piss me off because they are either useless, terrible, or even both. 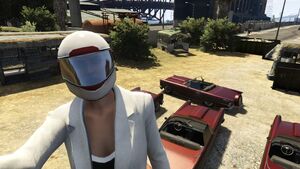 Well, who never went angry for dying after crashing into a car with some sweet racing motorcycle? With GTA IV we thought these colorful motorcycle helmets would bring something good which is a damage reducer when falling from a motorbike... Eh, did you think R* was smart enough to think about the most logical feature of a motorcycle helmet? Answer: NO. 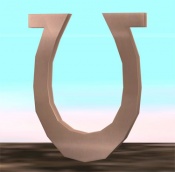 I don't really mind if R* is trying to make the 100% completion challenging by adding shitloads of challenges but collectibles...Seriously? Can anyone tell me how is it funny to make 10,000 long trips to find hidden stuff to only gain 1% in the 100%? 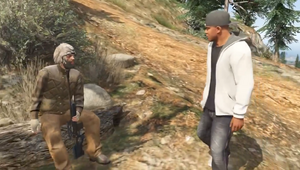 Yeah, it is pointless, it is long and boring and the only things you have are a short side-mission, a t-shirt and UFOs that occasionally appear (oh, I forgot the most important thing, an achievement). Really?? 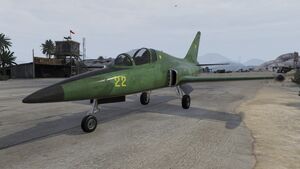 I know there are a lot of vehicles in the Series that are more than unnecessary in the game, but this one deserves a medal. I guess you don't need an explanation to know why do I find pointless a military jet that has nearly the same stats as the P-996 LAZER and has no weaponry, and I don't even mention the fact it costs more than one million in Online while you can simply acquire a LAZER by paying Lester a couple of $ not to get a wanted level when entering Fort Zancudo. 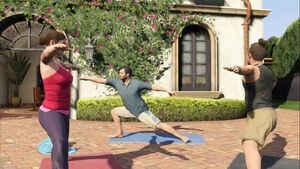 When I played "Did Somebody Say Yoga" for the first time, I really wondered who was the R* guy who had the terrible idea of including yoga in GTA. Short question: have you ever performed yoga in GTA V out of this mission? 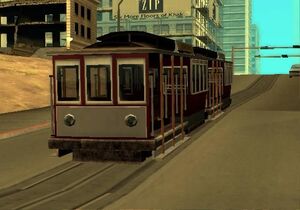 Yeah, it looks like a real life San Francisco tram, it's beautiful and all, BUT, you cannot drive it nor enter it as a passenger, and even worse, this crap does never stop and can easily flip your favorite car over if you don't pay attention. I could say the same about the GTA V train, but fortunately you can easily climb onto its cars and it does not crosses through city streets like a maniac.

Please, someone tell me, WHY THE HELL R* never had the idea of including the fully-armed JB-700 from the missions in normal gameplay? Why? Why can't I pop out some tires on the highway with spikes or shoot some trucks with vehicle shotguns? WHY?? 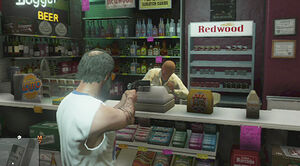 One useless feature from GTA V is definitely shop robberies. It's simple; get your best suit and your best gun, aim it at the clerk, take da money and escape the cops (2-stars). It's cool, but...why can you get a maximum of barely $400?

"Time to gas some pedestrians!" That's what I thought at first when I acquired the tear gas. And it's loveeely, since once thrown it will only take a few seconds for the pedestrians to go away and make the avenue look like a ghost town. Against NPCs, it is nearly useless, since they will avoid it (well if you thrown one at a guy taking cover he'll be caught in the gas but that's the only NPC you're gonna kill with a single gas grenade). And against players, don't expect to kill anyone with this, you can, however, use it as a strategic way to force other players to move in gunfights (although it's much better to use sticky bombs, grenade launchers or RPGs).

This what I call an "fucktard vehicle", i.e. a vehicle that YOU WANT TO GET (because it looks cool, it is a cargo plane that appears only one time), but YOU CANNOT GET! In fact, you can (without cheating, hey don't be lazy), but even if you are dumb enough (sorry if you are concerned) to get it (if you are legendary enough to succeed, those who tried will understand what I mean here), you realise this vehicle is stupidly smaller than the AT-400 that you can get in a hangar in an airport for free, has an handling nearly identical to that of the AT-4000 and even worse, THE CARGO HOLD IS UNUSABLE! I could say the same about the GTA V cargo plane, but at least, you are able to fly it, and as long as you want as long as you don't fly north too much not to trigger the jet spawn.

Hope you guys enjoyed the top 10!

Retrieved from "https://gta.fandom.com/wiki/User_blog:RainingPain17/10_Pointless/Terrible_features_of_GTA?oldid=719432"
Community content is available under CC-BY-SA unless otherwise noted.