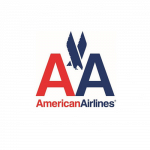 Sentinel, Banshee, Infernus, Manana (in all games I play, with the former vehicle being my Personal Vehicle)

I currently plan to get GTA V enhanced version, but no definite date to get the game is set. I plan to have the following vehicles:

I spend most of my time on a 2006 flight sim, but that does not mean I quit the game totally. I still play EFLC periodically. Plus, I prefer roaming around Liberty City after completing all storyline missions. I usually don't bother much about 100% completion, simply because I don't have enough skills (and patience) to go for all the requirements. Joined here in circa 2016.

Update: I recently got GTA: CW, but I need to remember what cars have I stashed in my garages first. I am also hunting for the MK GT9.

Retrieved from "https://gta.fandom.com/wiki/User:TransportFan2014?oldid=1125070"
Community content is available under CC-BY-SA unless otherwise noted.