I'm Anthony, better known as Tony. I began my wiki editing hobby on Fandom (then Wikia) by joining GTA Wiki on May 5th, 2012. Later that year, I became a patroller in October and spent the last few years here and around Fandom until January 2017 when I resigned and retired from editing. Occasionally, I'll check back around and edit here and there.

Danny Trejo (in the flesh) came to our school and gave a speech about his career. 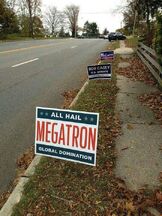 "Going for the One".
Add a photo to this gallery
Retrieved from "https://gta.fandom.com/wiki/User:Tony_1998?oldid=1197139"
Community content is available under CC-BY-SA unless otherwise noted.
FandomShop Newsletter Join Fan Lab