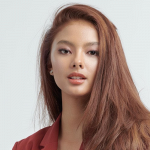 Hey, it's ShodaiMeesmothLarva or Meesmoth. I am a member in GTA Wiki, I logged in by March 4, 2015. I can contribute to this Wiki as much as I can, and I am a huge fan of Gabbi Garcia (some users say I'm obsessed with her), and the Godzilla franchise, since I was five years old. I love most Godzilla monsters and movies (except Zilla) and I am also watching some Gamera films, I do have some Godzilla games (Xbox, PS2, and PS4), including many Godzilla figures.

Being a big fan of the city-building video game genre, so I also play a lot with games on that genre such as SimCity or Cities: Skylines. On my free time, I play GTA games or any games similar to it such as Watch Dogs 2 while still waiting for a HD Universe counterpart of San Fierro.

Also, you can see me in Wikizilla, or in Zilla Fanon Wiki.

If you need help, I can assist! Please, don't be afraid to leave messages on my wall.

Other stuff I am doing

I do many stuff and trying to do them all in a day.

Here are some of them listed here:

GTA games that I own

Retrieved from "https://gta.fandom.com/wiki/User:ShodaiMeesmothLarva?oldid=1209961"
Community content is available under CC-BY-SA unless otherwise noted.