"With my life. He and us are not so different... We are all soldiers, without an army. Betrayed. Forgotten. Abandoned. In Vorkuta, we are ALL brothers..."
―Viktor Reznov

Currently waiting to get GTA V on PC

Paris the most beautiful city in the world

Hi, I am a French GTA gamer, I also play other VGs but the GTA Series are the main games I play. My first GTA was San Andreas, I played it when I was 9, and immediately loved it (still playing it today). I also own GTA IV and its episodes and GTA V (and Online). My other games include a few Call of Duty and Battlefield episodes, Watch Dogs, Warcraft III, L.A. Noire and Red Dead Redemption, and a couple of Nintendo games. My game platforms include the GameCube, the Xbox 360 and the PC. For Christmas, I'm planning to get a $1,000 laptop and I hope it will be powerful enough to run the upcoming GTA V PC Edition. I've been using the GTA Wiki for at least one year (the first Wiki I discovered was the CoD Wiki), but I never contributed, only gathered info for myself. And in August 2014 I finally decided to create an account and contribute on this (amazing) wiki.
I am able to speak and understand

Few facts about me

My first video game other than Nintendo was Modern Warfare 2, which I first played when I was 9 and loved(on console) Warcraft III, a RTS game I discovered when I was around 6 years old thanks to a friend of my brother's, which I loved and still play it today. My brother then made me play San Andreas and GTA IV. That was where my "hobby" was born.

I can deal with issues such as warning users, revert edits, attempt to resolve conflicts between users and a couple of other things, however this is as far as I can go (if you have trouble with a very troublesome user, you'd rather go to an admin or bureaucrat). And if you want to add decorations to your user page such as userboxes, infoboxes or other stuff and you don't know how to, I can do that. I can also archive talk pages if you need it. If you need help in editing, leave me a message, as I usually know how to add any template that you might don't know how or fix source code issues, and other stuff.
Wanna fix this huge Wikia bar? Leave me a message.

Need some work ? Here are things you can do to help us.

"Sniping your enemy is like hunting any other animal. Fire at the wrong moment, and your chance will be forever lost."
―Vendetta

"EXPLOSIVES ? What the fuck ?"
―Niko Bellic

"Do you like my glowing green balls ?"
―Black Ops

"No we. No one tells me what to do. I've got everything I need from you—now the power is mine and mine alone. Now there is only I. I am the Lich King. And I am ready."
―Warcraft

Arthas: "Damn it, Uther! As your future king, I order you to purge this city!"
Uther: "You are not my king yet, boy. Nor would I obey that command even if you were!"
Arthas: "Then I must consider this as an act of treason."
—Warcraft #2

"Brave comrades of Vorkuta, the time has come to rise against our oppressors! Today we show the hearts of true Russians! We have all given our blood for the motherland. We have answered her calls without question. We gave our youth, our hearts, our very souls for her protection ... as brothers, we fought side by side against the German fascists. We crawled trough dirt and blood and sand to achieve our glorious victory ... Not for medals, or glory, but for what was right. We fought for revenge ... And when Berlin fell, how did our leaders repay us? We returned not to rapturous welcome ... but to suspicion and persecution. In the eyes of our leaders we were already tainted by the capitalist West. Torn from the﻿ arms of our loved ones, we found ourselves here... this place... this, this terrible place. Here we have languished, with no hope for release... No hope for justice. We have toiled in Dragovich's mines until the flesh peeled from our bones... We have watched our comrades succumb to sickness and disease...﻿ We have been starved. We have been beaten. But we will not be broken! Today, we will send a message to our corrupt and arrogant leaders. Today, my comrades... Vorkuta... BURNS!!!"
―Reznov

7.5/10 DAMN FANCY GRAPHICS. Love the storyline and the characters. DAMN I GET BORED ONCE IT'S ALL OVER. Use imagination once it is all over and you can play it for one or two years after.

UNLESS I'M CONVINCED, IT'S NOT THAT FUN !! Nonsensical storyline, characters....uninteresting. NO FREEDOM AT ALL : one gunshot then....PAW, one hundred officers to slaughter you with shotguns. AFTER STORY : NOTHING ! Poor Strangers & Freaks missions....In two words : LOW INTEREST. GTA Online ? Between 2/10 and 7/10.

As I wrote above, I know the game since I'm 8. What I love is of course gameplay with cheats, which can just make the game hilarious. I also loved the storyline, unfortunately there was no replay missions ability, so I had to save my 7 favorite missions (The Da Nang Thang, Stowaway, Black Project, Breaking the Bank at Caligula's, Vertical Bird, Up, Up, and Away! and End of the Line) in different slots. Other good stuff include the huge map (three cities, desert, countryside, like it or not) and the vehicles (my lovely Hydra). What I hated is the game physics and the graphics.

I was amazed when I saw the physics and the graphics. I remembered the gruesome San Andreas graphics and physics, so when I saw that, I was...OMG. I also loved the storyline, but I did not liked the missions as much as I did in San Andreas. The character, NB, is also a good guy. I also liked the map. However, what angered me the most was the lack of funny cheats, and also the lack of funny vehicles (Tanks, aircraft ??). It was hard to have fun on the game after completing the storyline, but thankfully I'm a creative person, so I did a lot of things that amused me.

Having lost my copy of GTA IV, I found a copy of EFLC in a store and it didn't required the original game. So I bought it. The Ballad of Gay Tony was my favorite, I liked the character and the storyline a bit, but what I liked a lot was the APC, the Annihilator with explosive miniguns and the Buzzard. However, I did not like The Lost and Damned which had less content, and the storyline wasn't really interesting, though I liked Johnny K. a bit.

Big disappointment for me. I was expecting this game for more than one year, having pre-ordered it in September 2012 as it was planned to be released in March 2013. I received the game one day before the game's official release because I pre-ordered it. I loved the trailers, and the only thing I could think about was playing a HD San Andreas. Mistake. When I played with the three characters, I only loved one : Michael, though his family was cliché as f*ck : two whores as a wife and daughter, and a jerkoff as a son. I like Trevor quite well, though I did not like his constant need of insulting everybody. Franklin is my less favorite character, he has nothing interesting and is also cliché (gangsta nigga gimme a break), plus his voice actor is pretty bad. The storyline was catastrophic, though some missions were not that bad. I also liked the map, but out of LS there is not much stuff to do. No need to mention the horrible police system and the lack of cheats which went back to the combination system instead of the very simple phone system GTA IV had. I can however say the game has very good graphics (different from the "darker" style GTA IV had), physics are also good (not the car physics however), I'm very glad that military jets and a 747 came back, there is a large variety of vehicles and weapons, and the light effects are very good. GTA Online also disappointed me. Servers are filled with kids and idiots who always want to kill you without reason. The missions also glitch as f*ck (guy one-shooting you with a pistol, and so much glitches I can't remember these all). The character customization system is also ridiculous. Well I'm still playing GTA V because I prefer to play it rather than TBoGT.

Definitely San Andreas. Not need to mention why, I already did it in my San Andreas game review.

My boy Niko Bellic. At first my favorite was Carl Johnson, however Niko's character background and personality makes him a much more interesting character than Carl himself.

The Truth. Memorable quotes from Are You Going To San Fierro? and Wear Flowers In Your Hair.

San Andreas Turismo. I remember how awesome it was to drive that baby Ferrari F40 in the Las Venturas streets. I always thought it was the best car in the game....but it turns out the Infernus is better (but I don't like its design!).

The Hydra. Well, taking off as a chopper, firing a entire load of missiles on the highway and get a four star wanted level to engage in a combat with other Hydras....So good.
TIED WITH
P-996 Lazer. Good top speed, and a deadly explosive minigun (very practical on the highway).

The Hunter. It that a surprise to love a vehicle with auto-lock machine gun and missiles ?

Black Project. Isn't that a dream to breach in Area 51 to steal a top-secret Jetpack for a hippie dude ?

GTA V....Well, I do not hate it, but I played only three GTA major games: GTA San Andreas, GTA IV and GTA V, and it turns out that it was GTA IV that I liked the less.

Franklin Clinton. A sort of "Zombie CJ". Don't like the voice performance, but especially his QUOTES!! Franklin's quote = nigga + bitch + random insults + attempt to be funny (while it is ridiculous). Sounds like more a joke to me than a protagonist.

Alpha (GTA San Andreas). Meant to be a sports car but cannot drive on a mile without crashing into a tree due to horrible handling.

The Duster. Is there a reason to create an uncontrollable and slow aircraft in a game ?

LSPD Police Car (GTA San Andreas). Slow and hard to handle correctly. Wonder if the LAPD used to use such vehicles in the 90s.

Toreno's Last Flight. Took me so attempts to get past this mission....Wanted levels, helicopter crashing RIGHT IN FRONT of you.... 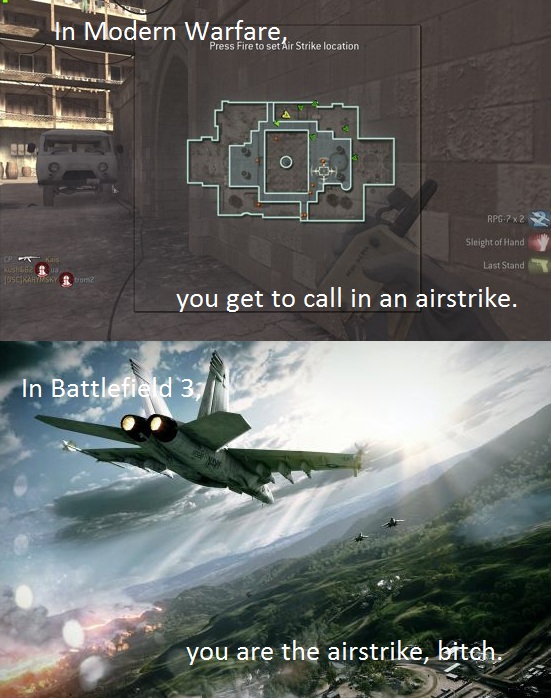 Credits to Poketape for the image
Retrieved from "https://gta.fandom.com/wiki/User:RainingPain17?oldid=723212"
Community content is available under CC-BY-SA unless otherwise noted.