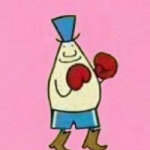 Loose structure of the gangs, which was first presented in GTA IV, was too realistic and too hard to understand for fans. This has lead to a lot of false rumors about gangs, which I'm proud to wipe out from all possible sources. List of the denials for those rumors I hate the most you can see below.

Black criminals, who can be encountered on the streets of Liberty City, don't represent one organisation and work independently from each other, mostly in small drug crews and factions. The name "M.O.B." was never revealed in the game and was made up by the fans, who heard the abbreviation in dialogue between black criminals in game. The false name was widely used by various websites about GTA and GTA Wikia wasn't an exeption. I'm proud to be the first, who pointed out the fact of the name being false, and proud to do my best for eliminating this rumor. First I suggested the name "African-American Gangsters", according to LCPD Database, which reference to gang as "African-American gangs". Then I found the name being too officious and bulky and replaced it with simpe and short term "Hustlers", which is slightly used by Rockstar in the name of set of the gang, "North Holland Hustlers". At the moment the page remains with this name: Hustlers.

2. There is no such gang as Hillside Posse.

Jamaican gangsters were only called "West Indian criminal gangs" by LCPD Database and "Jamaicans" by game files. Luckily, latest versions of Chinatown Wars reffered them as "Yardies", the term became new name for the page. "West Indian criminal gangs" is too big and "Jamaicans" is ethnicity and not a gang, so "Yardies" despite being British term and not American, fits perfectly. The "Hillside Posse" though, is impossible name, since the gang is consisted of numerous posses. The term posse, by the way, wasn't ever used in game either.

3. Playboy X and Dwayne Forge are not the members of North Holland Hustlers.

Playboy's and Dwayne's connection with North Holland Hustlers was never mentioned neither by characters, nor by LCPD Database. The only two known members of the gang, Marlon Bridges and Jayvon Simson, were killed on orders of Playboy and Dwayne, which obviously shows them as enemies of the gang and not the leaders. Dwayne's empire, which was later took over by Playboy, wasn't a street gang like North Holland Hustlers and was focused on drug dealing, making their leaders way above small-time hoods in the food chain. Marlon Bridges, for example, described by LCPD Database as ambitious drug dealer, which serves as a reason for him to insult Playboy X on the streets to damage his authority. Playboy X, being, as said before, way above North Holland Hustlers in the food chain, immidiately reacts by calling a hit on too talkative gangster. Gangsters, who Playboy uses as the bodyguards, and Dwayne uses as goons for backup, use standart black criminals pedestrian models, which are not necessarily affiliated with North Holland Hustlers, but can also be used by Acter, Firefly Project or East Holland black criminals. They are just standart models for black criminals.

4. Real Badman is not the leader of Yardies.

During the first two missions in which Little Jacob appears, he, accompanied by Niko, fights with rival Jamaican drug dealers, who are described as the rivals of Real Badman. Jamaicans divided in many drug factions, called posses in real life, and can be allies, suppliers or enemies for each other. Real Badman represents only one of those crews, more probably the strongest, since he claims territories in Bohan and tries to find himself new suppliers. But despite him being the strongest druglord, he is not the leader, otherwise he wouldn't fight with his soldiers.

I see it as my main purpose on this Wikia to write new articles about every gang in GTA IV, since they're all messy and sometime false. Gangs in GTA IV almost always consisted of many small sets and should not be referred as one united organisation. I do my best to keep gangs' articles the way they're supposed to be. Below you can see the list of Gangs in GTA IV the way I like them to be, with my marks about completing my Big Work and other things, I consider as important.

I also like to watch out for the section of military personnel in GTA, because sometimes it's a very small detail about character's biography, but it's always a part of something bigger. I like how GTA is similar to the real world in such ways and you can create a big article almost out of nothing, and even learn something new in process.

Retrieved from "https://gta.fandom.com/wiki/User:Orto_Dogge?oldid=613887"
Community content is available under CC-BY-SA unless otherwise noted.