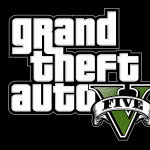 What's up everyone. I'm Painkill from Baltimore, (now residing in Atlanta, Georgia ). I became a fan of GTA when I went over my brother's friends house and saw him playing GTA San Andreas in 2004, I was hooked from the very beginning but sadly I never got the chance to play. In 2010, I finally found out that no other video game could cheer me up when I had a bad day, make me feel happy or excited and make me love it like GTA did. That's why Rockstar Games are my favorite game developers, they put so much energy, focus, dedication, hard work, time and love into their games.

I'm a very cool guy to get along with and trust me, it is easy to get on my good side. I look for a few things in a person before they can be consider a friend - honesty, loyalty, trustworthy, believable and a good sense of humor, (Call it me being a picky as hell, but I call it me being honest).

Retrieved from "https://gta.fandom.com/wiki/User:OneManCrimeWave?oldid=730746"
Community content is available under CC-BY-SA unless otherwise noted.