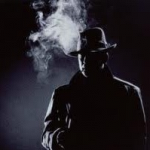 Hello everyone, thanks for stopping by. I'm a big fan of the GTA series. The first ever GTA game I played was GTA San Andreas and that was back in 2012. I loved it heaps and played it in school, actually any time I could play it I did! However there was no dialogue in game (spoken by characters) because I downloaded it wrong. Nonetheless it was still fantastic, and was unlike any sandbox game I had ever played before.

Followed by that I played GTA 4 in the late quarter 2013. I was very impressed with it's story line and characters but still preferred game play in GTA San Andreas. Vice city was next. It was ok, but I guess if i played it before SA I would've liked it better. Finally was GTA 3 towards the end of 2013. I kinda liked it, but it was honestly nothing compared to the GTA's I played before.

I'm Yet to play GTA 5, but have watched pretty much every mission and side mission on it. I'm the type of GTA player who likes doing the story line, parkour and hang out activities. I'm 17 years old and used to be a beginner myth hunter, exploring myths in GTA San Andreas & GTA 4, however I quit a while back

Ask me anything you like and i'll try to help.

Retrieved from "https://gta.fandom.com/wiki/User:Mythhunter99?oldid=926476"
Community content is available under CC-BY-SA unless otherwise noted.