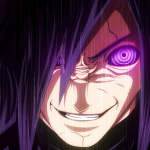 Hello Everyone! Welcome to my Profile!

Myth hunter (aka AB, Myth, Hunter) and I really like GTA games. I own the first Grand Theft Auto, GTA 2, GTA Vice City, GTA San Andreas and GTA IV. You can also find me  regularly on GTA-Myths Wiki(I am an admin there),Bully fanon wiki,Bully Wiki(I am a rollback there). If you want to ask me something, ask me on my Talk Page. If you need any advice for missions in GTA SA, I can help you.

NOTE: This my user page and you can not edit it without my permission. If you spot any grammatical error or mistake then edit my user page but inform me about each edit. You don't need permission to edit the trivia section of my profile though.

This is list of GTA Protagonist from best to worst

It is the best GTA ever. It had the best shooting mechanics, the protagonist was good, it had planes, it had a huge map to explore, the countryside and desert was awesome, it introduced swimming and the casinos were nice. It had Los Santos- One of my favorite cites.

Surely a very good game but it missed some things that were introduced in San Andreas like it didn't feature swimming and didn't had gym moves. It had a nice protagonist and the city was cool.

Still enjoyable but not that good. It introduced the cover system which was useful in some missions. But in free roam it couldn't always be useful. Some times Niko will take cover behind objects that will have him completely vulnerable to bullets and eight shots of shotgun can kill a fully armored Niko. The new rendition of Liberty City was not bad at all. Diving was not featured in this game. Missions were good but not as good as GTA SA. It was just technically superior but didn't had the fun of GTA SA and GTA VC. But still it is a great game.

Trivia (anyone can edit)

Retrieved from "https://gta.fandom.com/wiki/User:Myth_hunter?oldid=854713"
Community content is available under CC-BY-SA unless otherwise noted.