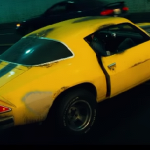 Hello, my name is JEEP-CHEROKEE and I'm a huge fan of all GTA Series games.

The first GTA game I ever played was GTA IV. I had on Xbox 360. It was pretty fun game and I used drive cars like the Police Cruiser for example, and going around doing wanted levels. I stopped playing IV by the end of summer 2013 when GTA V was going release. The second GTA game was GTA SA which I played on PC on Steam, it was my favorite GTA game because of the gameplay and content. Then I played GTA CW which I played on a phone and tablet. I used to do missions on China Town Wars.

Last game is GTA V. I have this game on Xbox 360 and PS4. I love cruising Los Santos and doing demolitions derbies with cops. I'm going to get game on XB1 and PC.

Retrieved from "https://gta.fandom.com/wiki/User:JEEP-CHEROKEE?oldid=1000459"
Community content is available under CC-BY-SA unless otherwise noted.