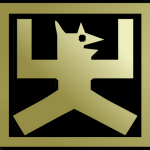 Recently became a GTA player, but had experiences with the series beforehand. Currently I own V on PS3, IV + Episodes on PS3, San Andreas on PC, and Vice City on PC. Looking to buy both HD games for PC.

I like "tuner" cars, and as such my favorite GTA car is the Sultan. Other favorites I have are the ZR-350, Euros, Hakumai, and Feroci.

My favorite GTA game is Vice City. It was the first GTA I ever dove deep into researching and seeing gameplay on. As a lover of the 80s the game just appealed to me.

My absolute least favorite mission of all time is Vertical Bird. It took me numerous attempts to complete this mission, and once I failed it because I flew over restricted airspace. THAT was a rage inducer.

The name and avatar origin from a series known as Tokyo Xtreme Racer, which I am a very avid fan of.

Retrieved from "https://gta.fandom.com/wiki/User:It%27s_The_Lonely_Wolf?oldid=1106467"
Community content is available under CC-BY-SA unless otherwise noted.