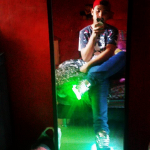 If Looks Could Kill - Timomatic

Hey. My name is Danny but, just called me Dëan. way much cuter right? I'm 15 years old British-Singaporean raised and reside in England. I bought my first GTA in 2005 which is Grand Theft Auto: San Andreas which is when I was 5 years old (dope xD).

Trivia (anyone can edit (NOTE: no harsh words)

Turkglish FM is a radio mixed of Turkish and English's songs made by Danny via Self Radio.

Retrieved from "https://gta.fandom.com/wiki/User:IDanny?oldid=971555"
Community content is available under CC-BY-SA unless otherwise noted.