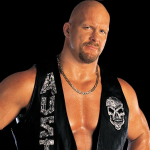 "A TANK!? Really? For ONE Canadian???"
―Trevor Philips

Did somebody say yoga?

When I was about 10 or 11 my friend showed me Grand Theft Auto: Vice City on the PS2 and got me hooked on it instantly. I think it was Christmas of 2003 or 04 that i got the Grand Theft Auto Double Pack for PS2 and camped both GTA III and Vice City for hours.

When San Andreas came out I remember rushing out and renting it the very day. It's pretty funny looking back now and remembering how amazed i was at the graphics and effects XD. I got the game that Christmas.

The two stories games I really skipped out on; I never got a PSP, and only rented them when they came out on PS2. I found the two games very boring when compared to San Andreas.
I kind of left GTA where it was after that and moved on to different games, some still made by Rockstar (Bully, Manhunt, Manhunt 2, The Warriors).

Come 2007, or whenever all of the info for Grand Theft Auto IV began coming out, I got caught up in the hype along with everyone else. It was the first game that I ever put a pre-order on.
When the game finally came out, I was disappointed that it didn't have the features San Andreas had, but still loved the game enough to be playing it, along with it's DLC to this day.

I have not played any of the games before GTA III, Advance, or Chinatown Wars, and probably never will. (Can't stand the whole top-down thing)

Check out some of the crap below, and hit me up at my talk page!

FAIR WARNING:
I have the bad habit of going AWOL for long stretches at a time. (Busy with stuff, etc, etc)
Don't count on getting an instant reply!

Retrieved from "https://gta.fandom.com/wiki/User:HebbyDGouchemen?oldid=1075154"
Community content is available under CC-BY-SA unless otherwise noted.