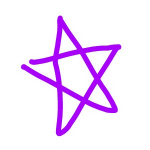 I'm Fleenz, a standard editor for GTA Wiki since 2016. I have played most Grand Theft Auto video games, including all of the "3D" GTA games. I formerly edited for Grand Theft Wiki some time ago under a different username.

I was born in the Midwest in 1999, and was raised there until 2001 when my mother remarried to a paratrooper. We moved to different places many times, including Left Canada, but mostly hung around the Jesus Belt. We were one of the many families affected by the Wacky Tacky Hit the Road Jacky Depression of 2008 and were forced to live with my grandmother for a period of time. I applied to a dual-enrollment college class on teaching in 2015 and barely managed to pass. I did fairly well in school overall.

I used to be an editor for Grand Theft Wiki, the GTA wiki that parted off from this one, from 2011 up to 2013. I pretty much left the wiki because I have noticed that, due to a lack of abundant edits since the launch of Grand Theft Auto V, Grand Theft Wiki seemed to be abandoned. So I've been looking up my encyclopedic information from my favorite franchise on GTA Wiki since then, alongside making a few minor edits, which is what I have usually done before.

Although I dabbled on the art of video gaming since the early 2000s, I first got into gaming in 2009 on my birthday, when I begged repetitively asked my parents for an Xbox 360. Ever since I got that whirring thing, my favorite game was the one that came bundled with it: Forza Motorsport 2. That was when my affinity for cars was crystallized. Two years later, my mother let me sign up for Xbox LIVE, and I would binge play Burnout Paradise, Halo: Reach, and Midnight Club: Los Angeles for hours upon hours until I almost achieved 100% completion. In the summer of 2011, I'd occasionally go to an old friend's house and hang around with him. He introduced me to the first GTA game I have ever played: San Andreas on PlayStation 2. I vividly remember starting out at Grove Street, wandering over to the 2-player pickup so that my friend and I could play together. We stole a Newsvan, shot up some of Ganton, then my friend activated the flying cars cheat and flew away into the moonrise. I'll never forget that first-play feeling.

Later in 2011, I downloaded the Xbox Originals version for GTA: San Andreas for myself to play. It was seldom glitchy, but still enjoyable. On December of that year, I received the complete edition of Grand Theft Auto IV as an early Christmas present. On my birthday in 2012, I got a refurbished PS2 and collected all of the available GTA games for it, along with Midnight Club 3: DUB Edition Remix. Later in August, everything I had was stolen. So I started from scrap again, by getting another 360 and copy of GTA IV: The Complete Edition in 2012. On October 2013, I got my first copy of Grand Theft Auto V, and soon another PS2. I upgraded to the Enhanced Version for Xbox One in 2014, and then upgraded again to the PC version in April 2016, along with purchasing III, Vice City, and San Andreas again. Later, I received another set of copies of Midnight Club 3: DUB Edition Remix, Liberty City Stories, and Vice City Stories.

My Zombie.
Add a photo to this gallery
Retrieved from "https://gta.fandom.com/wiki/User:Fleenz?oldid=1074937"
Community content is available under CC-BY-SA unless otherwise noted.