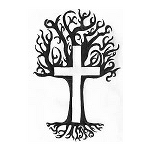 "Being yourself is the best thing you can be. Pretending to be someone you are not is a lie that cannot last."
―Enigma24

I have always been a huge fan of the Grand Theft Auto series so I signed up here to contribute to the community. I'm a New Zealander and am currently studying towards a professional level diploma to help me get into a career I am deeply interested in. I have been a student for several years studying many different subjects trying to find my place but now I feel that I have.

Before you ask, no I am not Australian and my country is not part of Australia. Some people, mainly some Americans who aren't up to scratch with their geography, seem to think that New Zealand is a part of our neighbour Australia. To us that would be like saying America is a part of Canada, we have a long rivalry with the Australians and some New Zealanders can get offended when confused with Australians. Hey, you wouldn't call a Canadian an American would you?

As you might be able to guess from my username I enjoy being somewhat of an enigma. You will know a little about me but only my close friends and family will ever know the real me. I guess you could say that I'm a little bit of an introvert - I never liked being the centre of attention. But I am very friendly when you get to know me and try to be a nice guy at all times.

Well, I felt that this user page needed an update so there you go. I look forward to meeting all of you out on the wiki.

Friends on the wiki

A supporting character from the The Lost and Damned, Angus Martin has to be my all time favourite character in the GTA series. He really didn't deserve the fate he got and if you look past his pessimism and general sombre nature he is actually a smart man with some good ideas.

If it wasn't for that arsehole Billy, Angus would have been right up there with Johnny and Jim, riding with his brothers. Loyal and honest Angus is the sort of man you want to have at your back. Don't give up yet Angus. Surgery can do amazing things.

I am a very creative person and in addition to working on my own novel I am also working on a Grand Theft Auto fan-fiction centering on Angus Martin. The pages listed below contain some of the content to be featured in my roleplay "Episodes From San Andreas: Brotherhood Reborn" revolving around an outlaw motorcycle club in northern San Andreas led by the one and only Angus Martin.

These are entirely fictional and non-canon gangs, locations and businesses created for the purpose of the fan-fiction. They are entirely made up by myself drawing inspiration from the Grand Theft Auto world and do not constitute actual in-game content. Some locations created by Rockstar are to appear in altered form in the fan-fiction, in that case those locations remain the sole property of Rockstar in their original form. I'm just a writer inspired by Rockstar :)

Retrieved from "https://gta.fandom.com/wiki/User:Enigma24?oldid=916616"
Community content is available under CC-BY-SA unless otherwise noted.