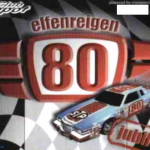 So it's waiting for the next GTA game, that presumably wont be out before 2020. Rockstar announced that their next AAA will be a new Red Dead game, and coming out just for consoles in late 2017. The first petitions are runnning to put it out for PC, too. Due to them not releasing the earlier RD games for PC, I don't think there will be much chance for RDR2 on PC.

Meanwhile I have plenty of time to get the PS2 emulator running so I can finally play LCS and VCS on PC. III also needs to be played a second time due to reaching the 100% completion and at the same time I can save some savegames with all sidemissions done before any storymissions in Portland, Staunton, and Shoreside. Same with VC, cause I just realized how easy it is to get to Mainland early in the game.

I'm the classical single-player-nerd. I don't fancy multiplayer and never played any mode offered by Rockstar or modders. Due to the fact that my GTA-games are always modded to the bone, it would be unfair to visit a multiplayer lobby, or in case of V it's technically impossible for me to start GTAO. The modifications I apply are mostly from the category trainers, or helper progs like carspawners or teleporters. Most vehicleinfo-files and weaponinfo-files in all games up to IV are manually edited by me, to make cars faster or weapons more powerful. With V I only use Sjaaks Simple Native Trainer, as it's the most versatile mod I've seen so far

Besides that, I still like spinning my wheelz from time to time, but times are getting pretty rare in the last few years.

What the hell am I doing 'here'?

In my early GTA days while playing VC and SA, I mainly roamed around the german fansites GTA-Action.com and GTA-Planet.de, but due to the rise of social network pages most german fansites lost nearly all of their members, and GTA-Action.com who even had developed their own modding tool for SA called GAMI, to easily add new cars and edit all game files accordingly just with one click even vanished from the internet without further notice to their community. So I had to search for a new place to spend some time with GTA without actually playing the game, and went to wikia.

My first contribution to the GTA-Wikia's was editing the 100% checklist for GTA IV on the German GTA-Wikia in 12.2009. All 100%-lists that were available at that time were faulty, so I played IV, and looked up the percent-value after every single save the game made. Finally I came up with a very detailed list, even showing all the activities that do not contribute towards the 100%, and posted it there cause anyone unregistered could edit the German GTA-Wikia at that time. Due to this, I was an unregistered user until I signed up to wikia in 10.2015. My first edit here was on the IV rendition of the 'Sentinel XS', explaining the difference between IV and other Games, as the Sentinel XS technically doesn't exist in IV. It's just a component-variant of the standard Sentinel.

I hope to contribute some of my knowledge about GTA games and how to mod them to this wiki.

My editing sometimes gets pretty annoying to others. I tend to re-edit a lot, cause I seem to oversee a lot, so please be patient with me. If you feel the need to revert any of the contributions I made, It would simply be polite to leave a note in the edit's summary, or even a short message on my talk page why doing so.

Since wikia turned fandom, the allover look becomes more and more annoying to me, and I don't know if I will stay here for much longer if this spreads out more. I don't want any unrelated advertising videos popping up in the middle of an article, that's not what a wiki is supposed to be in my opinion. I recommend using UBlock Origin, and Disconnect.me as addons in your browser to stop this fandom-madness.

Retrieved from "https://gta.fandom.com/wiki/User:Doppelblind?oldid=960112"
Community content is available under CC-BY-SA unless otherwise noted.