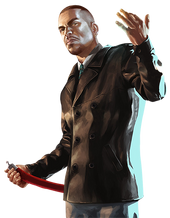 Hello. My name is Dragoș (ș pronounces sh). I a, born in Ploiești, a city near Bucharest, Romania. A person called me "Dodo" when I was a kid, and since then this is my nickname. I'm studying at a school in the center of the city. My favorite school classes are Mathematics and English, and a little bit Geography. I am passioned about computers.

How I started playing GTA games

When I was 7, my cousin used to play video games most of the time. He had GTA: San Andreas and GTA: Vice City. In 2010, I first played GTA IV. In December 2012, I got GTA: Episodes from Liberty City.

Romanian speaker, which is a Latin language. I also speak

English, I'm the best in my class. I can also understand

Italian. Also, I want to learn

"A friend is someone who gives you total freedom to be yourself."
―Jim Morrison

I consider all the staff on the GTA Wiki my friends, but there are some persons that I consider best friends: Ilan and Cesar, my first friends here, true ones, they are always ready to help, competent admins; JBanton, a car expert and a good friend; Tom, possibly the only bureaucrat I'm not afraid to talk to; Thomas, great editing skills, football (soccer) passioned like me and Cesar.

Operating System: Windows 7 Ultimate 64-bit (I'm not yet convinced I should get Windows 8) 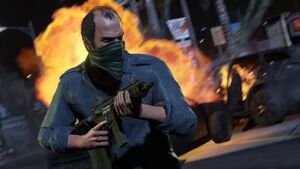