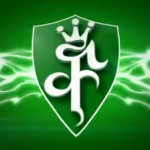 Akimoto Kazuma, commonly know as Johnny Gat, Mr. Gat, Kazu and Boss by his friends and also by his code name Johnnygatdu57, is a vietnamese resident of San Andreas and Blaine County where he own several properties and facilities, which including A bunker, Fort Zancudo Hangars and Underground Facilities

Some times after working for much of the employers and big name of the San Andreas Underworld, Johnny founded his own organization Called The Gat Family in july 27th 2015, where he brought the west branch of the Maze Bank where he set out his own operations with several of his friends, by 2017 he founded a MC division of the syndicat called The Pirates Death, which the two division will later merge together and founded The Gat Corporation, which is specilazed in several activities.

The syndicat also brought several facilities in blaine county including The Fort Zancudo Hangar, A bunker not far from the Sandy Shores Airfield and a Underground Facility next to Stab City, after this events he disappear from the radar and is never heard of him ever since.

Sometimes after 2017, Johnny reappear and reassume his buisness, making new alliance and strengthen his organization to a more powerful one stronger than ever.

Retrieved from "https://gta.fandom.com/wiki/User:Bellic58?oldid=1068408"
Community content is available under CC-BY-SA unless otherwise noted.