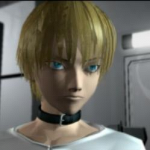 -Aginnon saying his catchphrase upon killing a street criminal

Hello guys, this is my User page and I started playing GTA when I was young back then (it was Vice City). I never, ever played the HD universe games, but the 2D and the 3D (Renderware) era were my favourite to this day.

GTA 3: Finally, the series got a leap to 3D thanks to Criterion's Renderware engine it looks alot more better than GTA 2, the radio is a big improvement, and the gang AI pisses me off when a shotgun blast hits my vehicle and gets blown to smithereens. 8.4/10

Retrieved from "https://gta.fandom.com/wiki/User:Aginnon?oldid=850848"
Community content is available under CC-BY-SA unless otherwise noted.