The Unmarked Cruiser is essentially identical to the Police Cruiser and the Sheriff Cruiser, being based on a 1998-2011 Ford Crown Victoria Police Interceptor.

Operated by the Los Santos Police Department, the vehicle is distinctive for its slick-top design, unlike its marked counterparts, and instead, it features LED light bars inside the cabin, similar to the FIB Buffalo and the FIB Granger. The rear emergency lights inside the vehicle actually have a different shade of red and blue from other LED lights in the game.

As the model is taken from the Police Cruiser, the vehicle is equipped with a push bar and folded search lights. The vehicles comes in various colors.

The vehicle comes with Light Smoke window tint as default.[1]

Entering this vehicle awards the player a Carbine Rifle.

According to the Rockstar Games Social Club website and handling files, the Unmarked Cruiser has similar performance to the Police Cruiser, which means a decent top speed with average handling, decent braking, average acceleration, and great durability thanks to its body-on-chassis construction. Apart from a slightly higher top speed due to reduced drag, the vehicle performs identically to its marked counterpart.

Like all the Stanier-based cars, it is powered by a twin-cam Inline-4 laid longitudinally, coupled to a 5-speed gearbox in an front-engine, rear-wheel-drive configuration.

The Unmarked Cruiser on the updated Rockstar Games Social Club.

The Unmarked Cruiser in the cinematic preview on Rockstar Games Social Club. 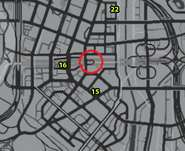 Location of the Unmarked Cruiser. 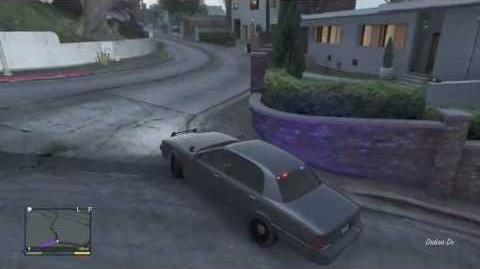 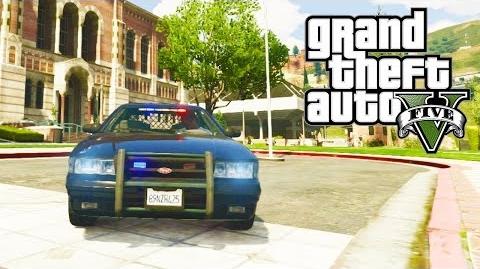 The Unmarked Cruiser is, among the Stanier-based cars, the rarest vehicle, appearing on certain locations and under restricted circumstances.