No
“Republican Space Ranger Special. If you want to turn a little green man into little green goo, this is the only American way to do it.”
— Ammu-Nation and Social Club description.

The Unholy Hellbringer is a square-shaped plasma rifle with three barrels, a drum-shaped ammo magazine, and a small stock. There appear to be three alien head symbols on the side, likely representing kill counts.

True to what the descriptions and appearance suggests, it is based on the same weapon from Republican Space Rangers, mainly used by Dick and Butch.

The Unholy Hellbringer (right) being displayed with the Widowmaker. 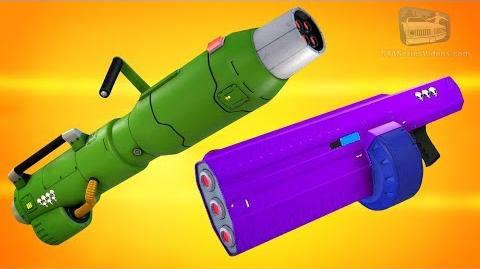