In-game time
“Hey, so I just got off the phone with our head of security. All I can legally tell you is that there's a car around the back of the casino with nothing in the trunk. We're not saying we'd like you to drive it somewhere quiet and get rid of it. But if you did that for your own reasons, we would strongly advise you to avoid bumping into any law enforcement on the way.”
— Agatha Baker's briefing.
“So... listen carefully. We do not have a situation I need your help with. Nothing happened in room 237 last night, nothing has been placed in the trunk of a vehicle, and I am not asking you to drive it somewhere secluded and get rid of it. The police are not on a city-wide high alert. If you are arrested for any reason, I will definitely not deny having this conversation and sell you out. All clear?”
— Alternative briefing.

Undisclosed Cargo is a Casino Work mission featured in Grand Theft Auto Online as part of The Diamond Casino & Resort update. It is a free roam mission given to the player by Agatha Baker.

Ms. Baker informs the protagonist of a car waiting for the player around the back of the casino. She hints that there is a body in the trunk and that they need to get rid of it at a discreet location, albeit she does so by negating every sentence.

The player is tasked with entering a vehicle parked near the Casino. This can either be a Baller, Emperor, Landstalker, or Tornado. Once it is entered, it must be driven to one of four possible locations – depending on which vehicle is given for the mission. On the way to the destination, police have stationary patrols set up; these are located in areas through which the player is expected to drive, and they must be avoided. If the player enters their cone of vision, the player will be forced to stop and is busted, and the mission is failed. Police outside of the stationary patrols have to be avoided as well, as they can also lead to mission failure if the player is within their range.

Once the vehicle is disposed of, the mission ends and Agatha will call the player to thank them for their help.

“Thank you. There are no funds clearing in your account right now.”
— Ms. Baker
“Thank you. For everything... and nothing. If you know what I mean.”
— Alternative call

The dead body in the boot of the Baller.

The dead body in the boot of the Landstalker.

The Altruist Camp; the Tornado has to be delivered here to end the mission.

Banning; the Landstalker has to be driven into the water.

Lago Zancudo; the Emperor has to be driven here and torched to complete the mission.

Rogers Salvage & Scrap; the Baller has to be driven here to end the mission. 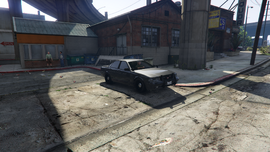 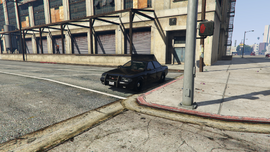 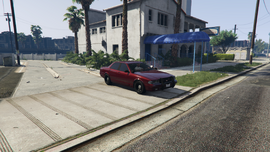