I'll Take Her
That Special Someone

In-game time
“I'm sorry for Ma. I gave up on my brothers a long time ago. Most I ever expected from them was to put flowers on their coffins.”
— Kate McReary

Undertaker is a mission in Grand Theft Auto IV, triggered by a phone call from Patrick "Packie" McReary. After the mission Blood Brothers, Packie calls Niko about the death of one of his brothers (either Francis or Derrick depending on who the player chose) and asks him to attend the funeral at Suffolk Church on Liberty Lane, Suffolk. Niko decides to go.

Packie tells Niko to dress in a suit (can be bought at Perseus) and informs him about the incarceration of Gerry. Kate will phone the player a few minutes later (Niko donning a suit will trigger the call) asking if Niko is attending the funeral.

As the group is leaving the church, they will be attacked by three waves of four Albanian hoods coming in cars from both sides of the street and from the middle alley. The player must kill them all before they destroy the hearse carrying one of the deceased McReary Brothers.

Packie seems to join the shootout, however the enemies will not take any damage from Packie. Also there's a chance some cops will also join the gunfight with Niko against the Albanians, but, like Packie, the cops deal no damage to them.

After killing all of them the player will have to drive to the cemetery (varies on who Niko had killed in the previous mission; Colony Island for Francis and Steinway for Derrick) with a final car of Albanian hoods in pursuit. They'll again have to protect the hearse and if the back door detaches or opens, the player will have to watch their speed so the casket doesn't fall out the moving vehicle.

This mission does not have any money rewarded, but the mission I'll Take Her is unlocked. 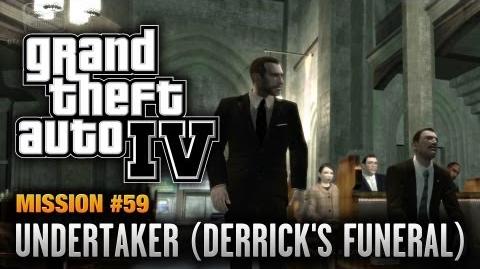 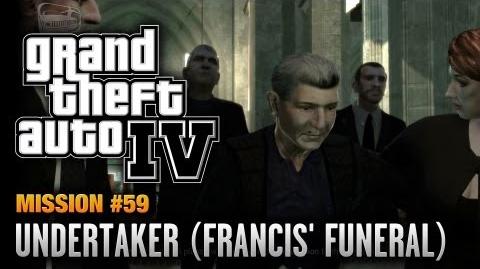