Practice the fighting skill at Ling's place, then go to a shop and protect the manager

• ­Visit the master-at-arms to improve your combat skills.

• ­Take care of the thugs behind the restaurant.

• ­Get up to roof to save the manager.

• ­Check that the manager is okay.

"My businesses are being threatened by ignoble street punks who think I'm finished. They kick someone when they're down. I knew a proverb about that once, but I forgot it."
―Wu 'Kenny' Lee briefs Huang Lee.

Under the Gun is a mission in Grand Theft Auto: Chinatown Wars given to protagonist Huang Lee by his uncle and Lee Family.

Lee informs Huang that he has been forced to withdraw from the race to take over from Triad leader Hsin Jaoming. He tells Huang that because of this, some thugs have begun threatening his businesses.

Go to the back of the building to meet the master-at-arms. Once Huang is there, he finds out that the master-at-arms is Ling Shan, the same woman from the previous mission. Next, the player needs to punch the training dummy, in multiple ways, as explained on the screen. Finally, pick up the Pistol and shoot the dummy until its destroyed. Kenny exits his building and tells the duo that some street punks are attacking one of his restaurants. And he asks Huang and Ling to teach them the ignorance of their ways. Ling takes her gun back and, on the way, has Huang search through a dumpster to find a gun. Use the touchpad to move the trash bags and pick up the new pistol. Now go to the restaurant. When Huang and Ling arrive, one of the street punks will fatally shoot Ling. Take out the three thugs behind the restaurant and rescue the manager on the roof from the fourth and last thug. After the restaurant owner complains about the two taking too long, Huang moves to the edge of the restaurant's roof and sees an Ambulance drive off with Ling's body.

"Had some fun with Ling: fooling around with guns, showing off my moves.

Some local punks tried muscling in on Uncle Kenny's turf, so we went to teach them a lesson. 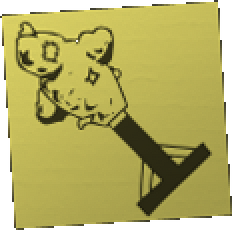 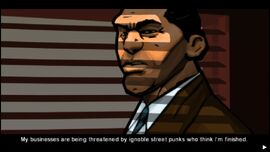 Uncle Kenny tells Huang that his business is being vandalized by some street punks. 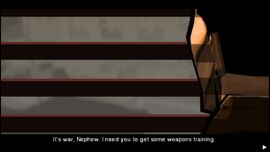 And tells Huang to visit his "master-at-arms". 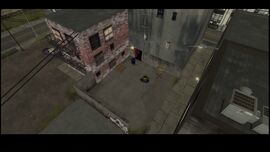 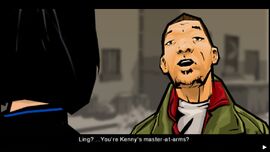 Then Huang discovers that the master-at-arms is actually Ling Shan. 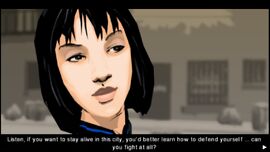 Ling then says that Huang needs to know how to defend himself to survive in the city. 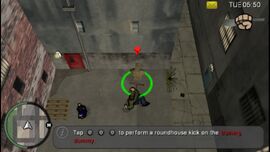 Huang training on the training dummy. 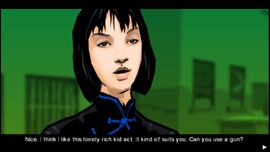 Ling asks Huang to show off his shooting skills. 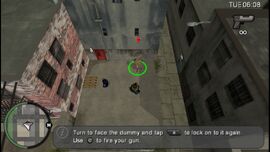 Huang shoots the training dummy with a pistol. 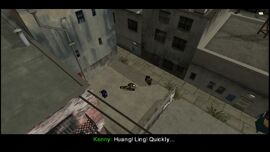 Uncle Kenny then appears and calls Huang and Ling. 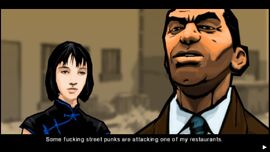 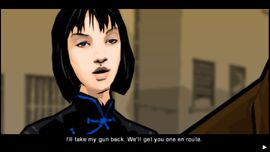 Ling gets her pistol back and tells Huang he'll get another one on the way to the Indian Inn. 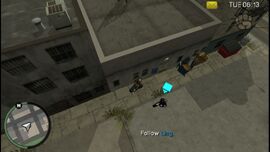 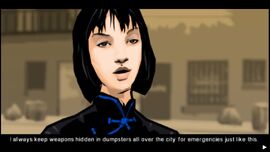 Ling says she always hides guns in dumpsters for emergencies. 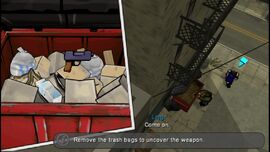 Huang finds a pistol in the dumpster. 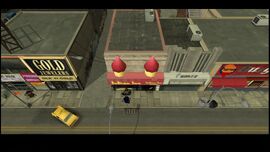 Huang and Ling arrive at the Indian Inn where the waiter says the vandals have captured the manager and are holding him hostage on the roof. 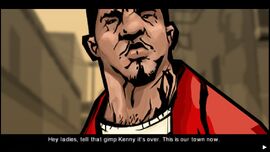 The "street punk" tells Huang to tell Kenny that "this is their town now". 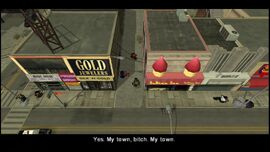 Then he shoots Ling. 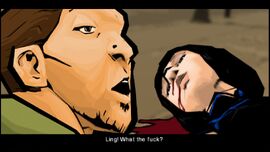 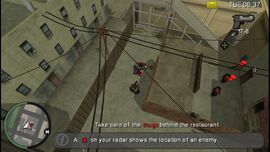 Then Huang kills all gang members in the alley. 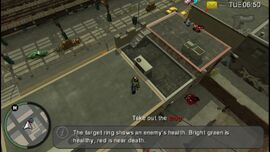 Huang climbs on the roof and meets the manager and a gangster. 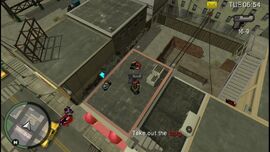 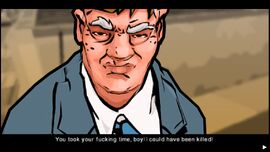 The manager is rescued by Huang. 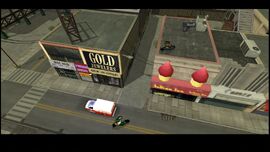 An ambulance arrives in the street and takes Ling's body. 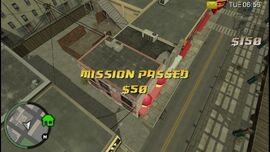 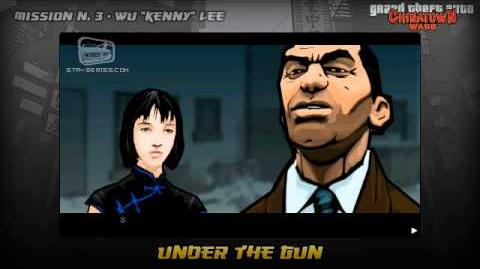 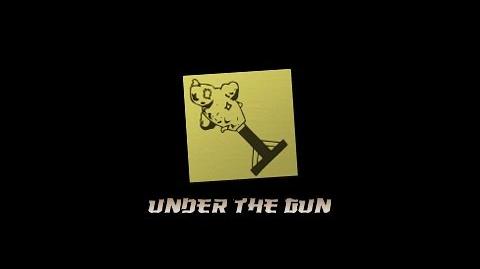 Retrieved from "https://gta.fandom.com/wiki/Under_the_Gun?oldid=1297589"
Community content is available under CC-BY-SA unless otherwise noted.