GTA Wiki
Register
Don't have an account?
Sign In
Advertisement
in: Articles with sections under construction, Challenges, Collectibles,
and 2 more

Under the Bridge is a miscellaneous challenge in Grand Theft Auto V. 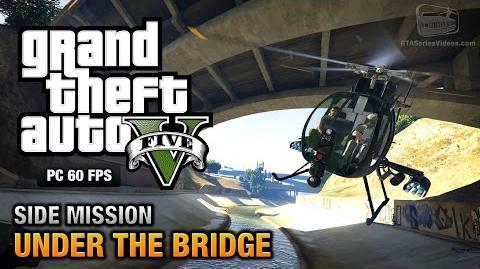