The UFO is generally a circular interstellar spacecraft that appears in certain areas of Los Santos, specifically Blaine County.

So far, four types have been discovered, which share their traits with one other and only change in design:

There are no ways of acquiring or piloting any of them, as they are all props (like the Twinjet). The UFO above Fort Zancudo has a locked-vehicle script and seems to be protected by force-fields, as the player can be thrown away from it while trying to parachute to the top. The UFO above Sandy Shores will push the player away if approached too closely, while the UFO on top of Mount Chiliad will simply vanish (it is not solid).

Be careful when approaching them in an aircraft; when the player is near any of the UFOs, these will cause a temporary engine shutdown, making it a risk to collide with them when travelling directly toward them. The UFOs are immune to weapons and are unable to be locked-on with the Buzzard or the P-996 Lazer targetting.

The words "Segregate and Rearrange" are present on the cockpit of the Fort Zancudo UFO (rearranging the letters from "segregate" gives us "easter egg"). The word rearrange in this phrase tells us, in the manner of a cryptic crossword clue, to rearrange the letters in the word segregate. Another thing telling us to rearrange letters is that segregate means to set apart or put together.

A mysterious drawing on a wall in the Mount Chiliad cable car station appears to show the mountain with lightning emanating from it and an odd symbol, possibly an eye or a UFO, on top. Other notable details on the drawing are depictions of a UFO, a person on a jetpack, a cracked egg, and multiple boxes with Xs in the middle of them. Nothing else is known about the meaning of the drawing.

Under the observation platform on top of the mountain is the same symbol featured on top of the drawing. Carved on the side of the platform are the words "Come back when your story is complete". This serves only to inform the player that they must reach 100% completion in order to see the UFO. This same symbol is also painted on the side of the mountain and in the Beam Me Up area in Sandy Shores, along with a drawing of a rain cloud and the moon, another way to inform the player of the UFOs viewing requirements, in this case being stormy weather and the time being 3AM.

These cannot be seen from a great distance. Therefore, a bit of searching is needed:

There's not much proof of who really owns them and why, but there are multiple theories:

The sunken UFO, found in the ocean at the north of the map.

Locations of the UFOs

The bottom of the Fort Zancudo UFO. The yellow dots are part of a rotatory cam.

Crashed UFO near Zancudo River in a resupply mission.

A UFO hovering over the ocean off the coast of Procopio Beach as part of an event week.

The mysterious drawing at the cable car station. 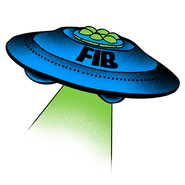 The graphic of the UFO Tattoo. 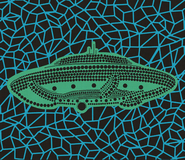 Visitors Unwelcome, a painting by Kaito Tsukusa at The Diamond Casino & Resort. 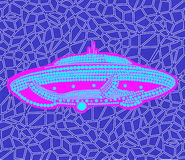 Visitors Welcome, a painting by Kaito Tsukusa at The Diamond Casino & Resort.