In-game time
“Now recently a Haitian gang lord died. Apparently the Cubans did it, nobody's certain. But let's make them certain! You disguise yourself as a Cuban hombre, and head on down to crash that funeral.”
— Avery Carrington

Two Bit Hit is the final mission in Grand Theft Auto: Vice City given to protagonist Tommy Vercetti by property developer Avery Carrington from his limo in his construction site in Vice Point, Vice City.

Avery Carrington wants real estate prices in Vice City to go down, so he wants to start a gang war between the Cuban Gang and the Haitian Gang. A Haitian Gang Lord died recently, apparently the Cubans did it but nobody knows for sure. Avery wants Tommy to make the Haitians sure they did it by killing the new Haitian Gang Lord at the old one's funeral.

After getting the briefing from Avery, head down to the Little Havana clothes store and pick up a Cuban Hombre outfit. Then get a car and drive to the funeral which is located next to the Little Haiti Pizzeria, as of this part, there are various ways to kill the Haitian Gang Lord:

This is the easiest method and with greater chance of success:

Grab the Cuban clothing first, then take a helicopter and use it to land on the roof of the building that is just across the funeral. While arriving at there, get to the corner of the roof. The Haitians will be spotted and begin shooting at the player, then use a sniper-rifle to kill the Haitian Gang Lord before he gets away in a Romero's Hearse (be aware of a time limit about 10 seconds) and thereafter use the helicopter to escape avoiding the Haitians.

This technique is virtually fool-proof, but none of the two special cars that appear in this mission can be obtained by doing this trick, unless the player gets off the roof after killing the Haitian Gang Lord and run in one of them.

For the second method, having a Sniper Rifle in the weapon inventory. Drive to the funeral and pull out the Sniper, take aim and kill the Gang Lord. Don't be worried about the mission failure, because if the target is missed, the snipe rifle will accidentally shoot down either one of the gangs instead of a Haitian Gang Lord or in the air, which attracts attention to the Haitians, and the game will order the player to chase down the Gang Lord.

For the third method, an Uzi, Mac or any type of sub-machine gun will be required, since it will be needed to shoot fast and then run. Get to the funeral, pull out the sub-machine gun and run towards the Gang Lord, avoiding gunfire from the Haitian Bodyguards, then open fire and shoot him. Then run out of there before the Haitians could eliminate Tommy. Having a body armor to protect from the Haitians' gunfire, but make sure to run away as fast as possible, because the worn armor wearing won't last from the gunfire.

The fourth method is to get the rocket launcher (either collect 70 hidden packages or get it from Hooker Inn's pool). It would help greatly if the player gained the "fast reload" capability but without it, will also work. First park the get away car some place further away, then fire a rocket from the launcher, it will be noticed that the car does not get destroyed by the splash damage. Once arrived, park the car, get out and run some place near funeral car driven by the Haitian lord without alerting the guards. Take out the rocket launcher and aim at the riff raff. Start spamming the rockets if the player has "Fast reload" ability. The rockets should have no problem taking out the guards, cars and the crime lord even if he gets into the vehicle. Once he is eliminated, sprint rapidly to the get away car and get out of Little Haiti.

A fifth, quick method is to drive with a car right behind the alleyway where the gang lord is located, leave the car, get on it and take a clean sight of him. Shoot him in the head with any weapon available and leave quickly. This will avoid to face the rest of the Haitians and it'll be able complete the mission quickly. Alternatively, if you have Grenades can just throw one over far enough to blow him up.

The sixth method or the normal way is getting to the funeral and using any weapon, (a submachine gun is recommended), and start killing Haitian Bodyguards, eventually the Gang Lord will get in a Romero's Hearse and drive away. Get in a fast car and ram into the hearse, but watch out for bombs inside the coffins when one of the Haitian gangs drop it in the back of the hearse. When the car catches fire, the Gang Lord will get out of the Hearse and make a run for it, the player can simply either get out of the car and shoot him or simply run him over. Watch out though. The Haitian Gang Lord is carrying an M4 Carbine assault rifle, so run him over instead, after shooting down his gangs.

When the Gang Lord is eliminated, leave Little Haiti and the mission will be complete.

Umberto Robina: Hey Leo! I got some work for you!

Umberto Robina: Hey, if Leo knows you got his phone, he gonna kill you!

Tommy Vercetti: Maybe Leo's already dead. Maybe I killed Leo and took his phone - you think of that prick?

Umberto Robina: You killed Leo? You must have big cojones - wanna work for me!? Drop by my father's cafe in Little Havana and we'll talk mano a mano.

The reward for completing this mission is $2500 and the mission Stunt Boat Challenge is unlocked. 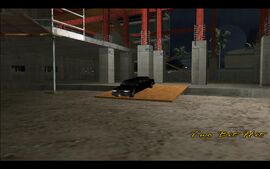 Tommy comes to the construction site and finds the black limo driving down the ramp. 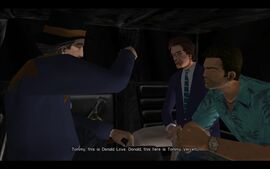 Avery invites Tommy to sit down and introduces him to Donald Love, his protege. 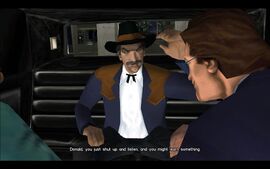 Avery tells Donald to shut up and listen to Avery's speech. 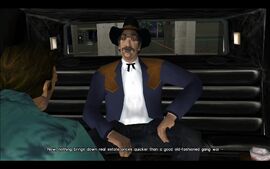 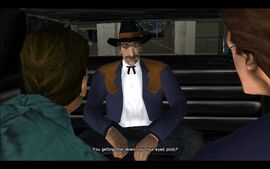 Avery rudely asks Donald if he is writing down what Avery is saying. 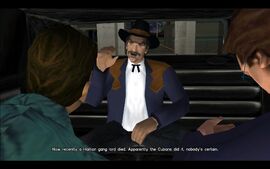 Avery informs Tommy that recently a Haitian gang lord died, and that apparently the Cubans were responsible for his death, but the Haitians do not know for sure yet. 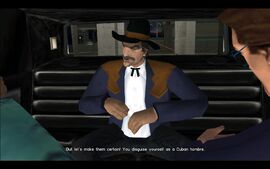 Avery orders Tommy to disguise himself as one of the Cuban gangsters and hit the gang lord's funeral, initiating a gang war between the two factions. 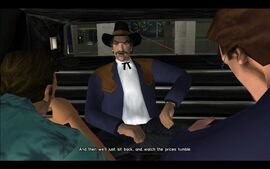 Avery finishes his rant off, saying that after the gang war starts, they can just relax and earn money. 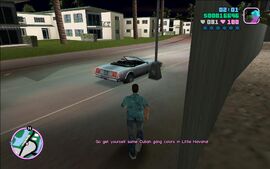 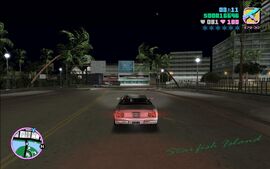 Tommy heading to the clothing shop in Little Havana to get some Cuban looking threads. 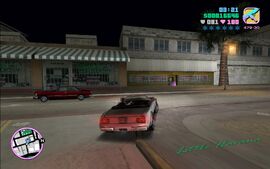 Tommy arriving at the clothing shop. 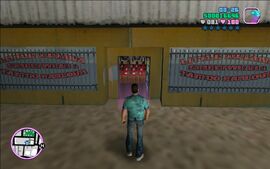 Tommy walking inside the shop. 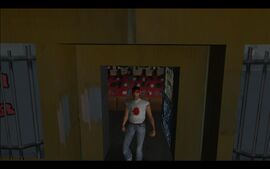 Shortly afterwards, Tommy walks out of the shop with his new outfit. 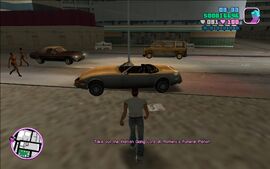 After acquiring his new outfit, Tommy's next objective is to crash the funeral at Romero's Funeral Parlor in Little Haiti. 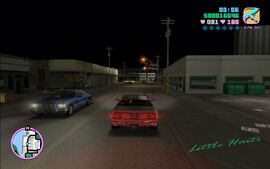 Tommy heading to the funeral parlor. 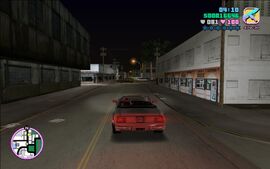 Tommy arriving at the funeral. 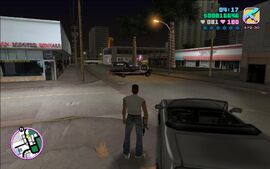 The location is protected by Haitian gangsters, several Voodoo's serve as protection walls. 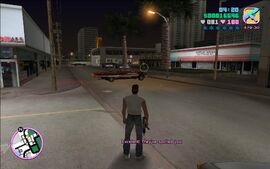 Shortly after Tommy's arrival, the Haitians notice him. 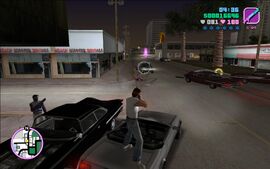 Tommy taking out the Haitian Gang Lord escaping in a hearse. 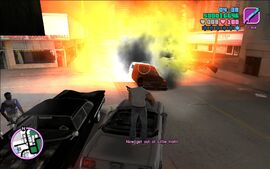 After killing the gang lord, Tommy has to escape Little Haiti. 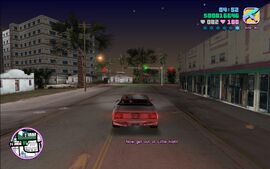 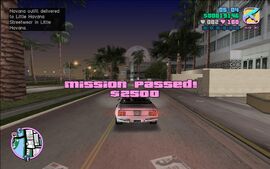