In-game time
“Our source in the police has informed us that one of our drivers is a strangely animated undercover cop! He's more or less useless out of his car, so we've tagged it with a tracer. Make him bleed!”
— Asuka Kasen

Two-Faced Tanner is a mission in Grand Theft Auto III, given to protagonist Claude by Yakuza co-leader Asuka Kasen from her condominium in the Newport district of Staunton Island, Liberty City.

Claude drops by Asuka's place, only to find out that she and Maria have gone shopping. Claude reads a note left by Asuka, which states that the Yakuza's police informant has said to them that one of their drivers is an undercover cop. She then tasks Claude to kill him.

He then heads to Kenji's Casino in Torrington. Once there, the driver is seen hopping onto his car. Claude then follows the car and tries to damage it enough to make him pull out of his car, all while having a high wanted level. Once he has bailed, Claude quickly kills him. 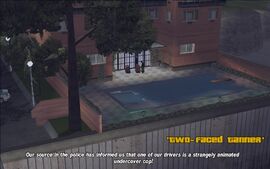 Claude arrives at Asuka Kasen's Condo in Newport and finds a note from Asuka, which says that she and Maria have gone shopping. 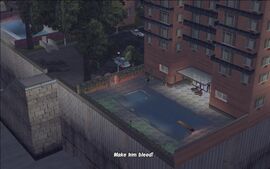 Asuka claims that the Yakuza's man inside the LCPD told her that Yakuza's driver, Tanner, is an undercover cop. Asuka says that he is useless outside of his car and so she orders Claude to kill him. 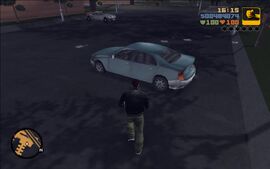 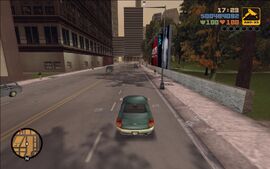 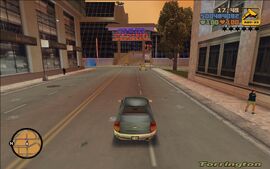 Claude arriving to the casino. 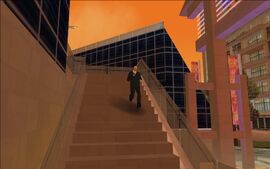 Tanner running back to his vehicle. 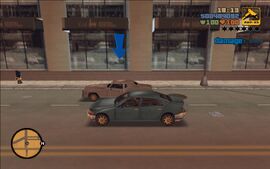 Claude, about to perform a drive-by on Tanner. 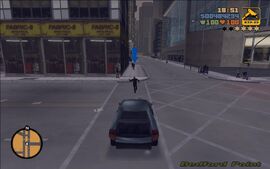 After escaping from his burning Esperanto, Tanner is about to be ran over by Claude. 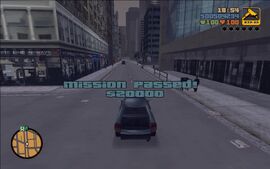 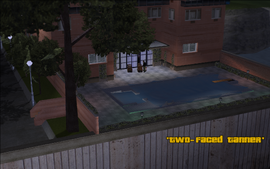 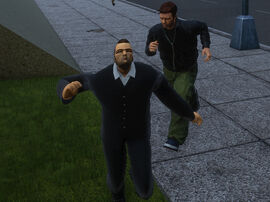 Claude chasing Tanner on foot, as seen in the Definitive Edition.