• ­Get a fast car and get to the starting grid.

• ­Congratulations you won, with an incredible time of (player's best) seconds.

"This is El Burro of the Diablos. You are new in Liberty, but already you are gaining a reputation on the streets. There is a street race starting by the Old School Hall near the Callahan Bridge. Get yourself some wheels and burst through all the checkpoints to win the prize."
―El Burro

Turismo is a mission in Grand Theft Auto III given to protagonist Claude by Diablos leader El Burro from a payphone in the Hepburn Heights area of Portland Island, Liberty City. The mission becomes available after completing Van Heist for Joey Leone.

This is one of the 3 repeatable missions the player will receive in the game, since even if the player has passed the final mission "The Exchange", if Claude goes back to Portland the phone will still ring and if he goes into the blue marker he will trigger the mission "Turismo".

Claude answers a payphone in Hepburn Heights. El Burro, the leader of the Diablos, introduces himself and says that Claude has already gotten a reputation in Liberty City. El Burro informs Claude of a street race about to take place in Chinatown, near the Callahan Bridge. El Burro wants Claude to prove his worth. Claude enters and wins the race after going through all eighteen checkpoints.

While the player can attempt this mission at any point during the game after the completion of Van Heist, it is easier to complete before Asuka's mission Sayonara Salvatore. This is because, the race goes through the Saint Mark's area twice, and in this area, members of the Leone Family armed with shotguns will shoot at Claude on sight. Only two or three shots from a shotgun are required to destroy a car, so the player will have to quickly find a replacement vehicle to continue the race, while still avoiding the Leone Family's gunfire.

The reward for completing the mission is $10,000 and the unlocking of El Burro's second mission: I Scream, You Scream.

Mission passed
Add a photo to this gallery 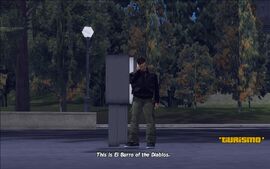 After Claude picks up the ringing payphone in Hepburn Heights, the person calling introduces himself as El Burro. El Burro congratulates Claude on gaining reputation in Liberty City, despite being there for a short amount of time. 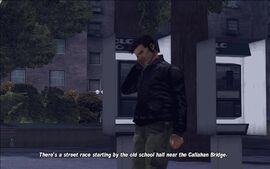 El Burro informs Claude of a street race being organized near the Old School Hall, in which Claude will have to participate. 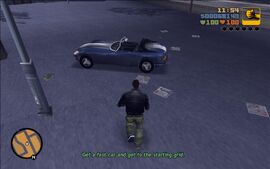 Claude is instructed to find a fast vehicle for the race. 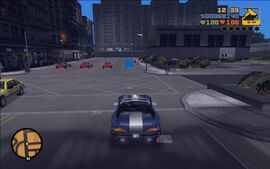 Claude arriving at the race. 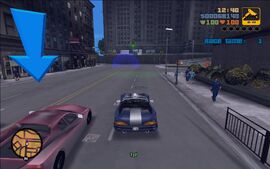 Claude driving through the first checkpoint. 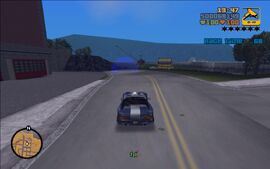 Claude driving through the ninth checkpoint. 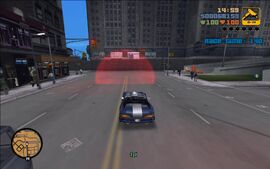 Claude driving through the eighteenth and final checkpoint. 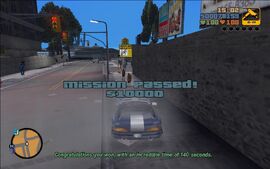 Retrieved from "https://gta.fandom.com/wiki/Turismo_(mission)?oldid=1168074"
Community content is available under CC-BY-SA unless otherwise noted.