Tulip Week was an event in Grand Theft Auto Online. The event started on January 15, 2019, and ran until January 21, 2019. This event rewarded players for logging in and featured a new vehicle, double earnings, and discounts on selected vehicles and properties. 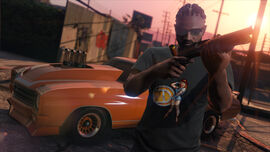