Mike: "Vinnie!! I don't believe my eyes. I saw you blow up in your car!"
Vinnie: "Mike, I've told you before - don't believe everything you see."
―The Truth about Vinnie's death is revealed

Truth Revealed is the final mission in Grand Theft Auto Advance given to protagonist Mike by Colombian Cartel member Cisco from his jet in Francis International Airport in Shoreside Vale, Liberty City.

Mike goes to Cisco's jet trying to learn more about Vinnie's murder. But as he goes in he sees that someone killed Cisco. He goes outside and finds the car of the person who killed Jonnie. He follows the car only to be attacked by gang members. He kills them and follows the car again. He is attacked again then the car stops with Vinnie coming out of it. They have a brief conversation about his staged death. Then a gunfight ensues with Mike killing Vinnie along with the other gang members.

The reward for completing this mission is $100,000. The mission "Love of Money" is also unlocked. 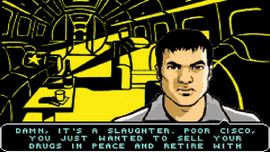 Mike goes to Cisco's jet trying to learn more about mysterious killer. But as he goes in he sees that someone killed Cisco. 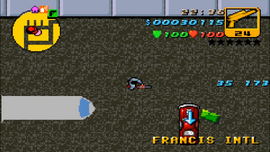 He goes outside and finds the car of the person who killed Jonnie, Vinnie and Cisco. 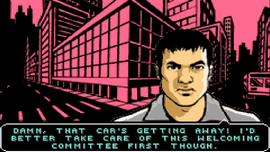 He notices that the assassin's goons outside. 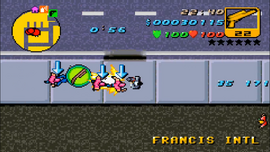 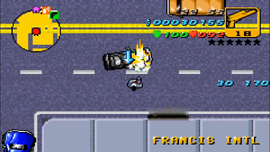 Finding and destroying the assassin's car. 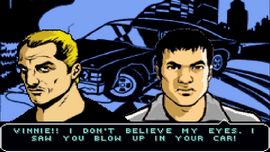 Then the car stops with Vinnie coming out of it. 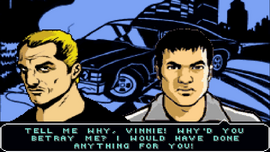 Mike asks why he betrayed him. 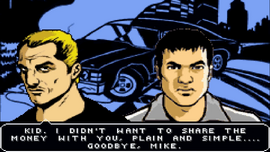 Vinnie tells Mike that he didn't wanted to share the money with him. 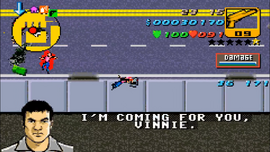 Some goons come to protect Vinnie, but Mike kills all of them. 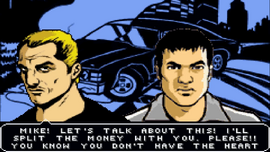 Vinnie begs for his life and offers money to Mike. He tells Mike that he doesn't have a heart to take him out. 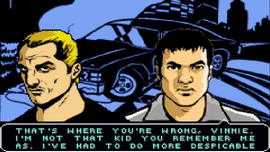 Mike says he's wrong and he's not the kid he remembers. 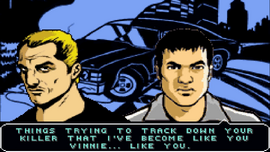 Mike says that all the things he has done to track down his killer made him become like him. 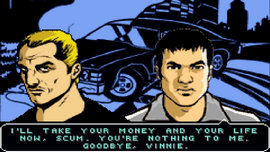 Mike says that he'll take Vinnie's money and his life too. 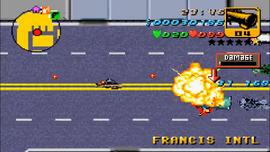 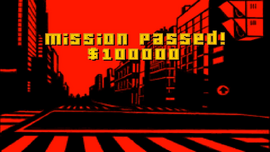 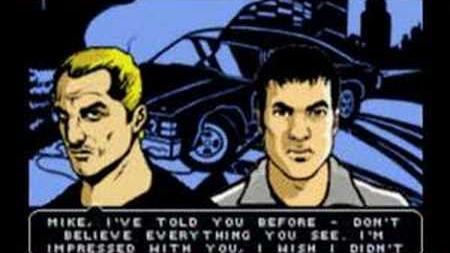 Retrieved from "https://gta.fandom.com/wiki/Truth_Revealed?oldid=1318628"
Community content is available under CC-BY-SA unless otherwise noted.