In-game time
“The thing is, you work for Phil, and Phil - Phil works for me. Which make's you... my bitch's bitch. Figure that out.”

Victor drops by Phil's Depot to get some work but is encountered by Jerry Martinez, who reminds him of the pecking order. Phil and Victor leave to collect some guns being transported around Vice City, but first a paranoid Phil tells Victor to go to the Beachcomber Hotel to pick up some back up. At the Beachcomber Hotel two men enter the vehicle and they begin to close down on the truck.

When Victor gets close enough, the two men and Phil kill the three passengers on the back using their sub-machine guns. Victor pulls in front of the truck, blocking its path and allowing Phil to steal the truck. Phil decides to take the truck to his place, with Victor and the two men acting as protection. After three waves of attackers driving in Admirals, Phil manages to get the truck back to his place in one piece.

The reward for completing the mission and $300 and the mission Marked Men is unlocked if the player has completed all the missions for Marty Jay Williams. 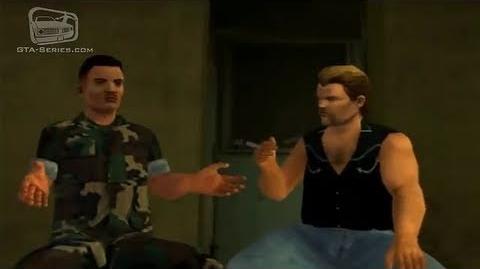