• ­Some samples have been stashed at your apartment, go there and collect them.

• ­Find the dealer who emailed you from Meadows Park.

• ­Stash the coke at your apartment. before you get busted.

Wasted
Busted
Liam is injured
The coke dealer is injured

Kenny: "My stock is more 'pharmaceutical' in nature, the kind that's difficult to legally source."
Huang: "Of course - You're a drug lord."
Kenny: "A NOBLE drug lord!"
—Kenny Lee and Huang Lee talk about business

Tricks of the Triad is a mission in Grand Theft Auto: Chinatown Wars given by Wu 'Kenny' Lee. This mission introduces the game's drug dealing feature, teaching the player to sell and buy drugs.

Uncle Kenny tells Huang that business in drug dealing is high, and he needs to make a fortune out of it. So, he tells Huang to go over to his apartment, where he stashed some samples of drugs, and to take them to a dealer who is willing to take them off his hands in Steinway.

First, go to Huang's apartment. After walking in, there will be a red toolbox inside. This is the stash box, which can hide any drugs the player has. Click on it to find the different drug categories. Only one is available for now, which is Acid. Normally the player can select how much he needs, but Uncle Kenny wants Huang to sell them all. Click on the check sign, and it'll be transferred to Huang's holdall, the bag which holds all of the drugs to be traded, and ones that have been bought.

Then, drive over to the dealer on the GPS. He'll be marked with a blue briefcase, and is in a Firefly Projects basketball court. Sell all of the acid, and after that the dealer will tell Huang something. Security cameras are in the discreet locations dealers pick, and more and more of them are being arrested. Because of this, the prices for drugs are skyhigh, and until the cameras are destroyed the prices will drop.

Shortly after this, another dealer called Danny e-mails Huang on his PDA that he has some rock-bottom cheap coke for sale. He'll be marked by a coke sign and a red arrow meaning the dealer is selling. Drive over to Meadows Park to meet him, and buy all the coke he has. But then, cops begin to bust the deal. Stash the coke in Huang's apartment before you get busted, or the police will confiscate it. Once the player gets back to the apartment, enter it and stash the coke in the stash box. Then, exit and the mission is completed.

Since this introduces Drug Dealing, the mini game is unlocked for anytime. Finding new dealers will add them to the in-game map and make sure that having enough drugs to sell and enough money to buy. From time to time, dealers will e-mail Huang with special discounts on drugs, or times where they tell Huang if he sells them a particular type of drug, they'll pay him big time with cash. There are up to 80 dealers to find, and they'll be in discreet locations to deal.

This mission also unlocks the 100 cameras scattered around Liberty City for destruction. The more are destroyed, the lower the prices for drugs go down. This is GTA Chinatown Wars version of hidden packages.

This town is so full of crackheads, deadbeats, and junkies that I'm gonna be flying home on my own jet - maybe even my own airline.

Still, this city's security cameras are a bitch - maybe I should do something about them. Like I said, land of the free, my ass." 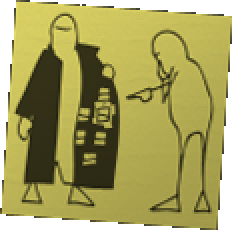 Tricks of the Triad. 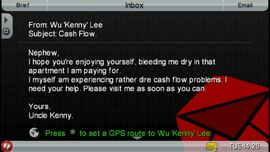 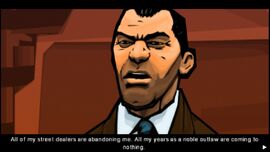 Kenny says all his dealers are abandoning him. 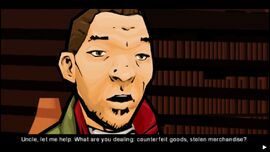 Huang says he wants to help and asks what kind of thing he's dealing. 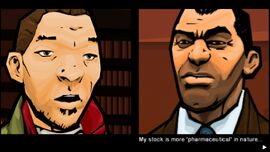 Kenny says his stock is "pharmaceutical" and difficult to legally source. 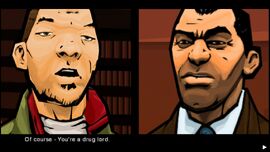 Huang finally realizes that his uncle is a drug lord. 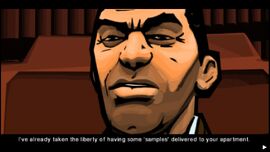 Kenny says he has taken the liberty to deliver some drugs to Huang's apartment and asks him to sell them to a drug dealer in East Island City. 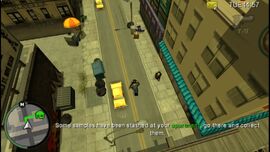 Huang going to his apartment. 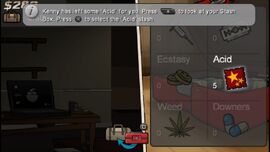 Then he finds some 'samples' in a red stash box in the apartment. 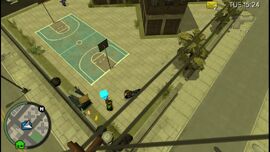 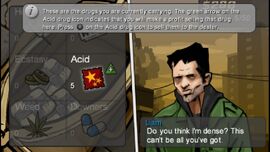 Huang selling acid to the dealer. 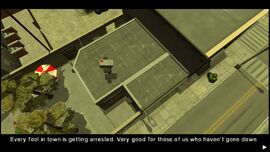 The drug dealer then says they're having trouble with some security cameras all over the city. He says most dealers are being arrested because of them and tells Huang that if he gets rid of them, the price of the drugs will go down. 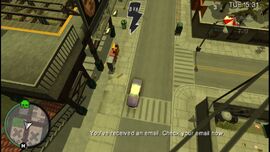 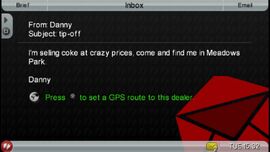 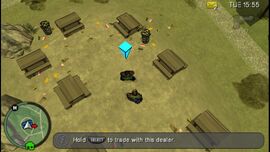 Huang meets Danny in the park. 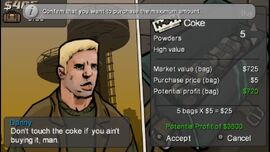 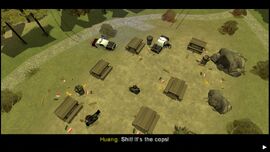 And the police ambush the deal. 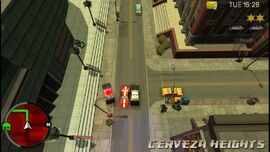 Huang trying to lose the heat. 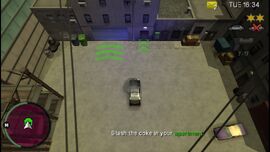 Huang manages to escape, and arrives at his apartment. 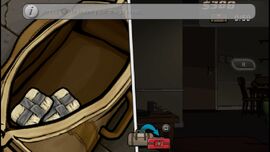 Huang stashing the coke in his apartment. 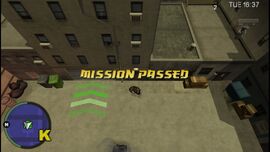 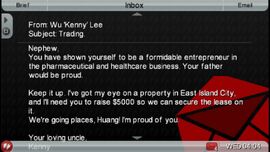 After completing the mission, Kenny congratulates Huang for what he did, and Kenny says he needs to get $5000 to buy a warehouse in East Island City to stash drugs. 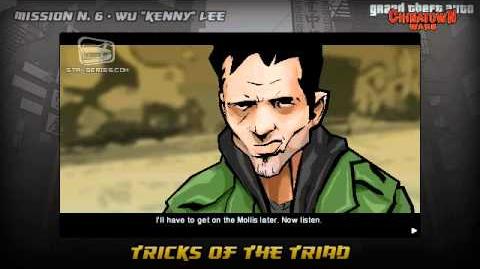 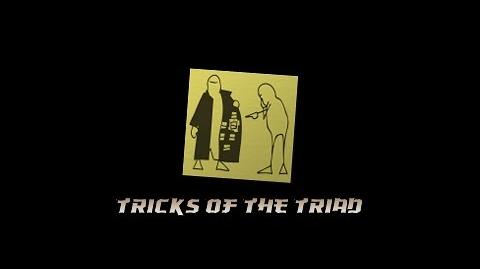 Retrieved from "https://gta.fandom.com/wiki/Tricks_of_the_Triad?oldid=1320240"
Community content is available under CC-BY-SA unless otherwise noted.