In-game time
“Some insolent Triads stole my beautiful car last night, wrecked it and left it burning. Some of my most precious donkey memorabilia was in the trunk - real collectibles that are irreplaceable my friend. I've hidden a throbbing weapon on the edge of Chinatown. Take it and teach these Triad vandals to fear El Burro's well-endowed wrath. Arriba!”

Trial By Fire is a mission in Grand Theft Auto III given to protagonist Claude by Diablos leader El Burro from a payphone in the Hepburn Heights area of Portland, Liberty City.

Claude answers a payphone in Hepburn Heights. El Burro tells Claude that the Triads had stolen a car of Burro's with some of his memorabilia. They then wrecked and burned the car, so El Burro instructs Claude to avenge his Diablo Stallion by killing 25 Triads with a flamethrower. Claude then heads for Chinatown, where El Burro has placed a flamethrower. Claude sets fire to twenty-five Triads and completes the task.

The reward for completing the mission is $10,000 (with a $6,000 bonus if the player kills the Triads at the basketball court in Little China Park) and the mission Big'n'Veiny is unlocked. The Triads are now hostile towards Claude (if they're not already due to the player completing Toni Cipriani's mission The Pick-Up).

The Triads will become hostile towards Claude, providing The Pick-Up hasn't already been completed. 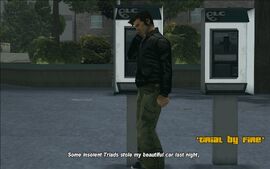 Claude picks up the ringing payphone in Hepburn Heights to hear El Burro angry at several triad members who stole and wrecked his car. 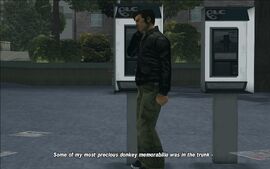 El Burro tells Claude that some of his "donkey memorabilia", which was irreplaceable was in the car, which angered El Burro even more. 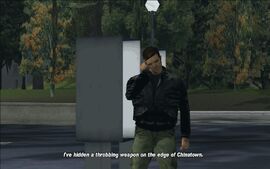 El Burro tells Claude that he has hidden a "throbbing weapon" on the edge of Chinatown. 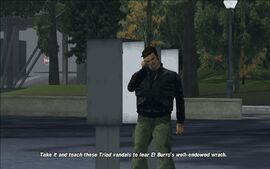 El Burro orders Claude to use the weapon to kill 25 triad members. 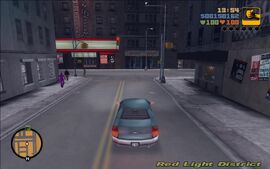 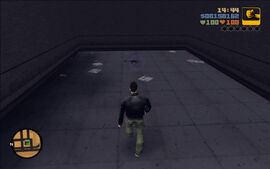 Claude, about to pick up the flamethrower. 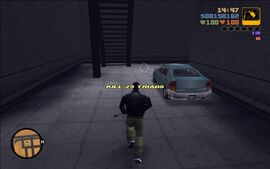 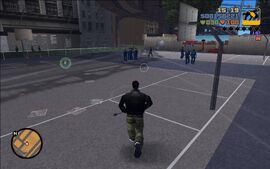 Claude, going to burn several triad gangsters in the basketball court near Chinatown. 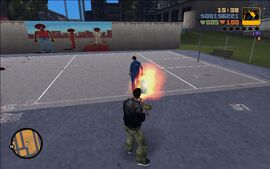 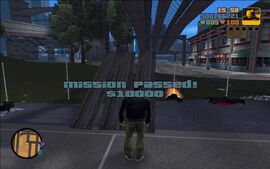 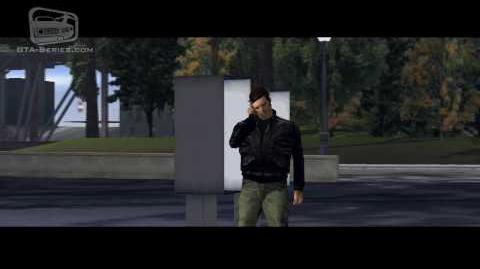 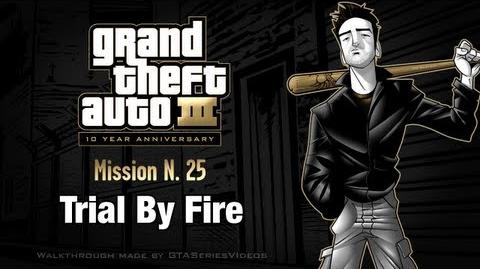