•Go to the meth lab.

Trevor Philips Industries is a mission in Grand Theft Auto V given to protagonist Trevor Philips by Tao Cheng and his translator at the Yellow Jack Inn in Sandy Shores, San Andreas.

Trevor meets Tao Cheng (who is high on drugs) and his translator at a bar. Shortly afterwards, Trevor receives a call from Chef, warning him that the Aztecas are on their way to Trevor's meth lab in order to kill Trevor and destroy his business.

Trevor arrives at the lab and locks Cheng and his translator in a freezer. Chef and Trevor rush into the lab just in time before waves of Aztecas start to descend on the meth lab.

If Ortega was spared, he will join in on the Aztecas assault, but is killed by Trevor in the process. After the shootout, Trevor releases Tao and his translator from the freezer. Trevor tries to restart their negotiations now that the threat has been dealt with, but Cheng's translator refuses. He gets in a car with Tao, claiming he has seen quite enough of how Trevor operates, and he and Tao drive off.

"Sandy Shores has been torn apart by violence once again after rival drug gangs clashed in a shootout at the Ace Liquor store, which is rumored to be a front for a drug manufacturing operation. If I had a dollar for every meth lab they'd found in Sandy Shores over the last decade, I'd probably be able to afford one of those fancy fiberglass roofs for my trailer by now. Remember the good old days in Blaine County before methamphetamine when people would let off steam by drinking themselves unconscious every night?"

"Bloody shootout at a meth lab in Sandy Shores. In hillbilly news, more violence at the Alamo Sea where local drug dealers clashed with chicano gang The Aztecas at the Ace Liquor store in Sandy Shores, which is an alleged front for a Methamphetamine manufacturing operation. Our reporter spoke to this man at the scene. "It was terrifying, I was really scared that it would affect the street price of crystal. I love smoking crystal."

Trevor walking in on a bar fight.

Trevor taking them to Liquor Ace.

Trevor forcing them into the ice cooler.

Trevor and Chef fighting the Aztecas.

Trevor moving to a different side.

Trevor moving to the opposite side.

Mr. Cheng and his assistant leaving. 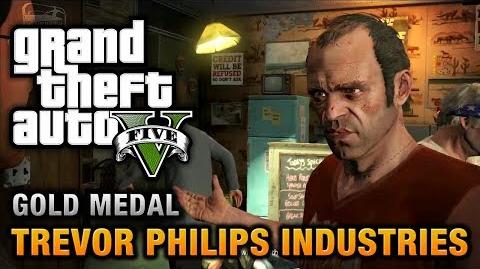 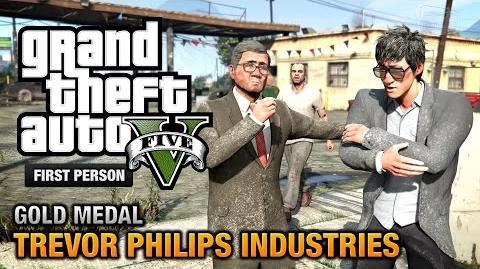 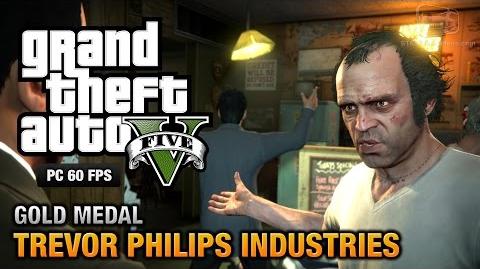