• ­ The Vice City Police are on to you! Get into a vehicle.

"I'm ashamed to admit that one of the causes of our mutual problem appears to have been the loose tongue of a man I used to trust."
― Colonel Cortez

After receiving a phone call from Cortez for a job, Tommy meets Cortez at his yacht. Cortez tells Tommy that Gonzalez, a man who Cortez has trusted for years, has now become incompetent and owes things to Cortez. He orders Tommy to kill Gonzalez and gives him a chainsaw, telling him that he will be rewarded.

Tommy goes to a penthouse Gonzalez was at in Vice Point where Gonzalez is being protected by two members of Diaz' men. Once in the penthouse, Gonzales spots Tommy and attempts to flee. Tommy quickly chases Gonzales down and kills him, alarming the police in the process. Tommy drives to the nearest Pay 'n' Spray to remove his wanted level.

The reward for completing this mission is $250 and the mission Mall Shootout is unlocked. The Casual Outfit can now be obtained from the Gash store in the North Point Mall.

Tommy about to enter Gonzalez's penthouse in Vice Point.

Tommy Vercetti about to kill Gonzalez.

Mission passed.
Add a photo to this gallery 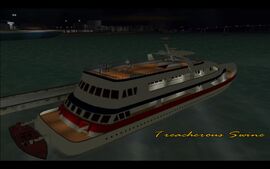 Tommy arrives at Juan Cortez's yacht at the Pier 2 of Ocean Bay Marina in Ocean Beach. 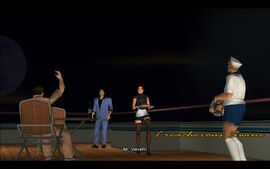 Upon seeing Tommy, Cortez greets him and calls him over. 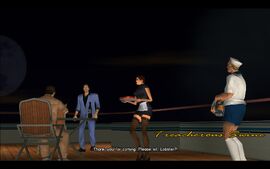 Cortez thanks Tommy for coming as he asked and asks him if he'd like to dine with him. 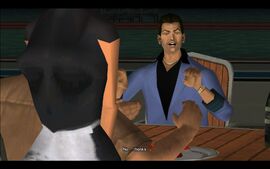 Tommy thanks Cortez for his offer, but refuses. 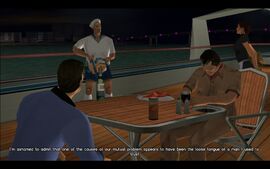 Cortez informs Tommy that he thinks one of the factors that contributed to Tommy's drug deal failing is Cortez's associate, Gonzalez, telling someone about the deal. 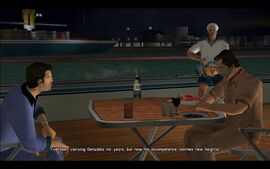 Cortez reveals that he had been carrying Gonzalez on his back for several years, but he had never acted as incompetent as he does now. 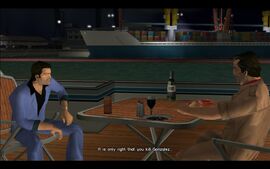 Cortez tells Tommy that Gonzalez should be killed for speaking of their secrets and for being a danger to their activities in general. 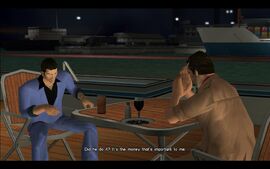 Tommy asks Cortez if he is positive that Gonzalez was the one who revealed their secrets, as all Tommy cares about is getting back the lost money. 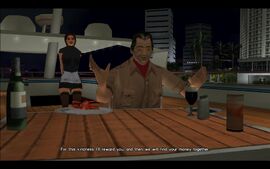 Cortez tells Tommy that if he kills Gonzalez he will reward Tommy and find Tommy's money with him. 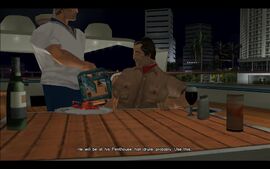 Cortez tells Tommy that Gonzalez could be found at a penthouse in Vice Point, half-drunk most likely. 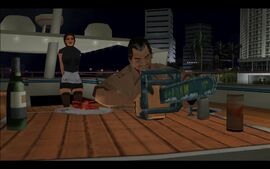 Cortez suggests that Tommy uses a chainsaw to deal with Gonzalez and gives him one. 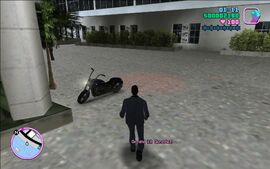 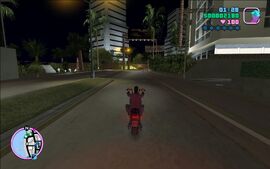 Tommy heading to the penthouse Gonzalez is at. 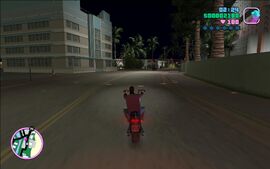 Tommy arriving at the penthouse in Vice Point. 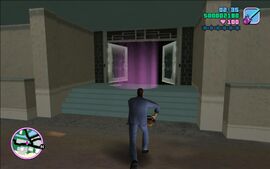 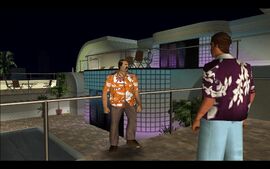 Inside the penthouse, Gonzalez is seen talking to one his bodyguards. 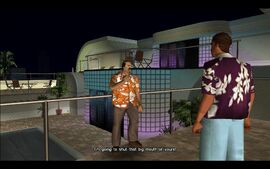 Upon entering the penthouse, Tommy immediately tells Gonzalez that he came to kill him. 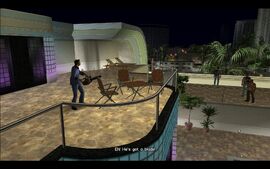 Gonzalez noticed that Tommy is carrying a chainsaw and brings this to the attention of his bodyguards before starting to run away. 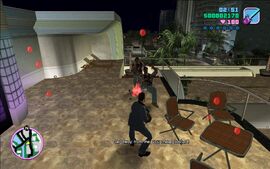 Tommy slaughtering Gonzalez's bodyguards while he is yelling at Tommy to get away from him. 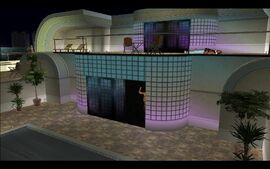 After a short while, Gonzalez tries to escape the penthouse. 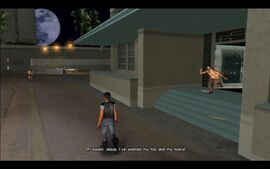 Gonzalez runs out the building and says that he wasted his life. 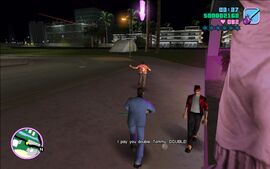 Tommy chases Gonzalez with a chainsaw, while Gonzalez tries to convince Tommy not to kill him. 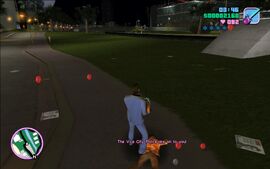 After Tommy kills Gonzalez, he gains some police attention. 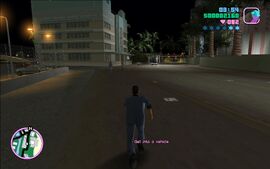 After Tommy realizes that the police is after him, he runs back to his vehicle. 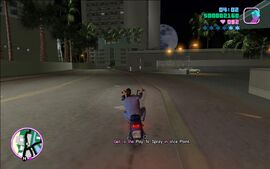 After getting back into his vehicle, Tommy has to go to the Pay 'n' Spray in Vice Point and shake his pursuers from the police force. 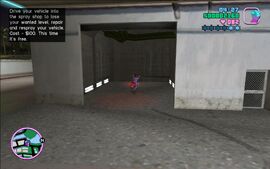 Tommy, about to respray his vehicle. 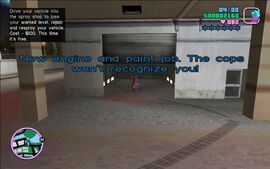 Tommy after respraying his vehicle and losing his wanted level. 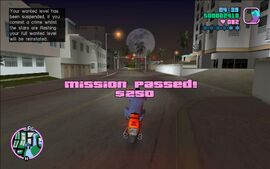 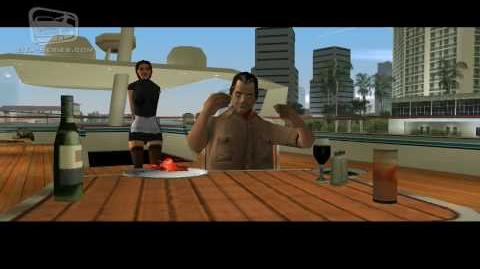 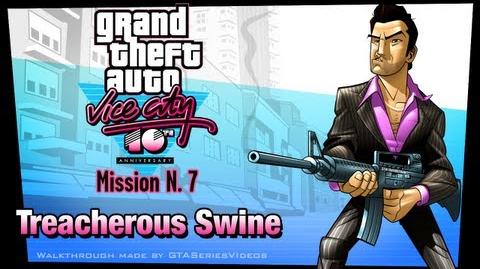 Retrieved from "https://gta.fandom.com/wiki/Treacherous_Swine?oldid=1208666"
Community content is available under CC-BY-SA unless otherwise noted.