Driving to a gambling den.

• ­Take the tanker from the local gas station.

• ­Drive the tanker to the gambling den.

• ­The tanker's leaking gas. Get to the gambling den before it ignites.

• ­Keep your speed up, and avoid sharp turns, to keep the flames away from the tanker.

• ­Get ready to jump out of the tanker.

"You will show me proper respect by redeeming your shame!"
―Hsin Jaoming

When Huang succeeds in stealing the tanker, a police officer shoots it, which causes gasoline to come out the rear of it which will lignite every so often. Now the player must reach the gambling den without letting the fire reach the tanker, which means driving fast is necessary, and Huang should the brake carefully. When Huang reaches the gambling den, he gets the tanker into the designated area, bails out, and successfully get outs of range of the explosion.

"I finally got to meet the big boss, Hsin Jaoming.

He was pretty pissed that his son was ambushed, and wanted revenge.

So, I drove a burning fuel tanker into some asshole's gambling den for him." 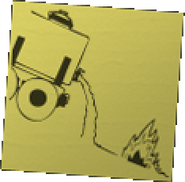 Trail Blazer
Add a photo to this gallery 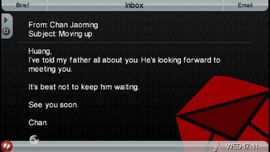 Chan sends a e-mail to Huang telling him his father wants to meet him. 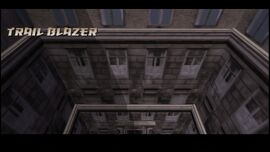 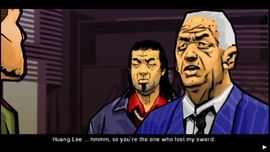 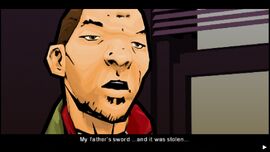 Huang says the sword was stolen. 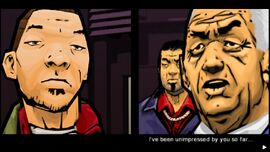 Hsin says he was unimpressed by Huang so far. 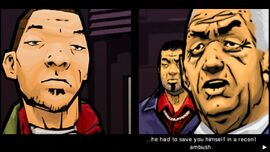 Chan told him that he had to save Huang during the Spanish Lords' ambush. 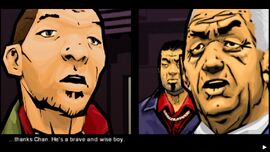 Huang thanked Chan sarcastically for "being saved by him". 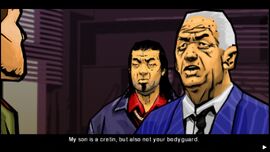 Hsin says Chan is a cretin but not his bodyguard. 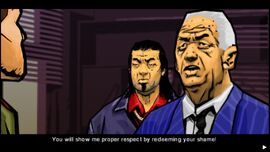 Hsin asks Huang to show some respect by redeeming his shame. 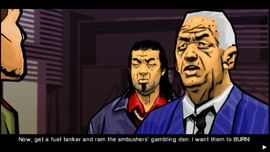 He wants Huang to burn the ambusher's gambling den. 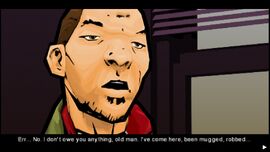 Huang says he don't owe anything to Hsin and don't gonna do this job. 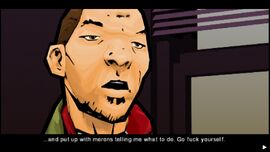 Since he arrived in the city he has be kidnapped, stolen and put up with morons telling him what to do. 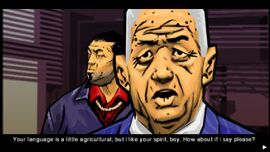 Hsin says "What about I say please"? 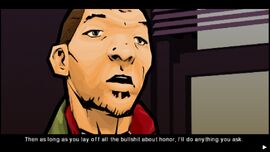 Huang accepts the mission, as long as he lay off all the bullshit about honor. 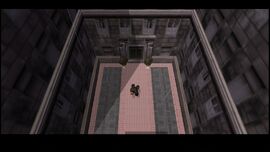 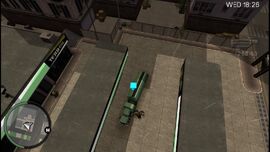 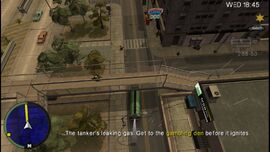 Some cops shoot the Tanker and it starts to leak gasoline. 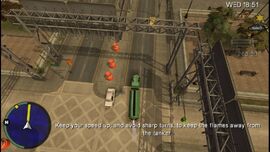 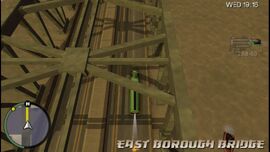 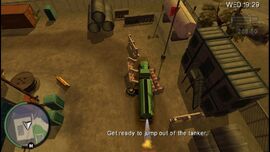 Throwing the Tanker into the gambling dean. 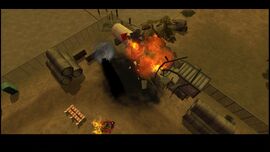 The explosion of the gambling den. 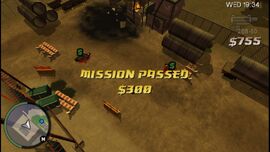 Retrieved from "https://gta.fandom.com/wiki/Trail_Blazer?oldid=1258017"
Community content is available under CC-BY-SA unless otherwise noted.