In-game time
“Those Nines are pressing me. These Bitches got armored cars and now they're running SPANK... and slinging it to brothers with no fear. There's a car parked up the way. There's some stuff in there to put these sissys on blass... and wreck all their armored stuff.”
— D-Ice

Toyminator is a mission in Grand Theft Auto III given to protagonist Claude by Red Jacks leader D-Ice from a public phone booth in the Wichita Gardens neighborhood of Shoreside Vale, Liberty City. 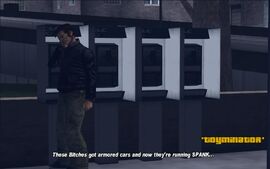 Claude answers the ringing payphone in Wichita Gardens and is told by D-Ice that the Purple Nines are pressing him down. D-Ice reveals that the 'Nines have acquired some armored vehicles and are selling SPANK on the streets, to the disapproval of D-Ice. 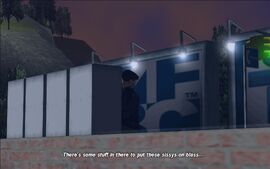 D-Ice informs Claude that he has left some equipment nearby that Claude could use to blow up said vans. 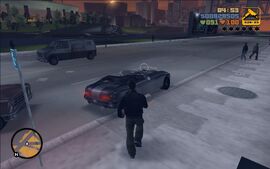 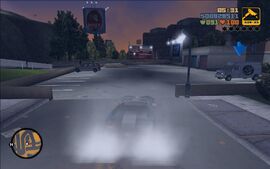 Claude arriving at the equipment's location. 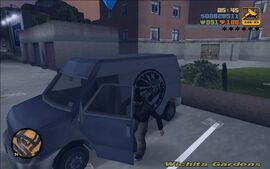 Claude getting into the Toyz'n The Hood van. 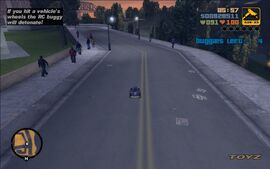 The equipment that D-Ice has left behind turns out to be RC Bandit cars rigged with explosives that go off once the Bandit hits a vehicle or when Claude triggers the detonator. 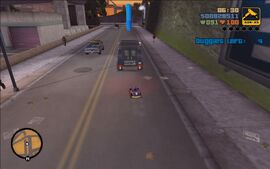 Claude going after the first van. 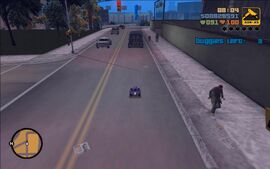 Claude going after the second van. 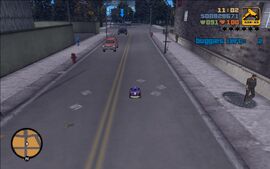 Claude going after the third and final van. 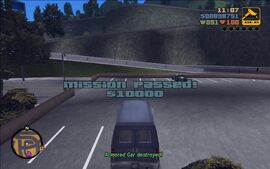