Runners (for the Hunters)
Destination (Runners)

In-game time
For the van featured in Grand Theft Auto: Vice City, see Top Fun.
“If you're running away from a US military base, you'd best be advised to get out of the country as fast as you can. Runners carrying incriminating thumb drives try to get from outside Fort Zancudo to Port City on dirt bikes. Hunters in fighter jets try to shut them down. Once anyone goes down, they won't get back up.”

Top Fun is a series of three popular missions in Grand Theft Auto Online. They are available for 2 to 8 players.

The mission objectives are similar to Cops 'n' Crooks One for All in Grand Theft Auto IV, but the runners (the missions' equivalent to the crooks) only need one person to make it to the end. The runners are on Sanchez dirt bikes (Top Fun "I"), sports cars (Top Fun II), or Mallards (Top Fun III), while the hunters (equivalent to the cops) are in P-996 Lazer fighter jets. Using their GPS for assistance, the runners need to go to a yellow spot somewhere in San Andreas. However, the hunters must take out all of the runners before any one of them reach their destination. Hunters have access to the Lazer jets' weapons (cannons and missles), and should use them in order to destroy the runners. All players on either side have only one life; the mission will end automatically if all players on one team are killed, so it is possible for the runners to win by having the hunters kill themselves by accident.

There are three variants of this mission, each offering the runners various vehicles to escape with. 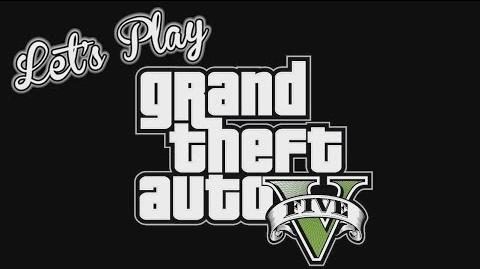