In 2008, he is wanted by the LCPD for racketeering. He can be killed by Niko Bellic.

Like other most wanted criminals, Francovic is not listed on the main LCPD Database, only on the in-car Police Computer.

He can be found riding his NRG 900 in Castle Garden City. 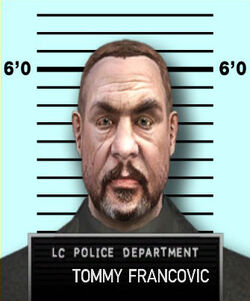 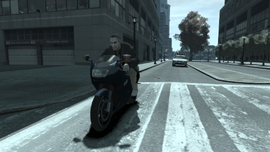 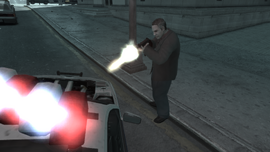 Tommy, after abandoning his bike.