Executive Director of Guest Services at The Diamond Casino & Resort

Tom is quirky and obsessed with party drinks (notably champagne). He is the executive director of guest services and personally mans one of the two stations at the Guest Services desk in the main lobby. Unlike the regular uniformed employees, his jacket features the casino logo embroidered in black instead of white. If a VIP member, the player can request guest services, such as Valet Services, Limos, Champagne, start a party in their penthouse, and request Pegasus helicopters.

From his random comment dialogue, just as Agatha Baker went to business school, he went to "hospitality school", presumably meaning getting a hospitality management degree.

Tom is an affable individual who seems to also have a habit of trying to prematurely break out the champagne, usually at inconvenient times such as during tense meetings that have taken place before or after a violent situation.

Tom seems to have known Agatha for years, as he says the term "old friend" after Agatha and the Casino clients leave.

As the executive director of guest services, he has a friendly demeanor towards guests and when the Protagonist became a member, he gave them a tour of the casino. Tom was aware of the Duggans' hostile attempt to buy out the casino as just before the tour, he lets Agatha know that so far they haven't been seen in the venue, sharing her concerns for the matter.

During the mission Setup: Casino Scoping, Tom seems to run into a lot of difficulty in trying to deal with Yung Ancestor. The rapper constantly interrupts him and makes all sorts of rude comments while Tom is doing his best to be polite. Eventually Tom appears to just give up and call Agatha on his phone to inform her about the situation.

Visit The Diamond Casino & Resort and meet Tom Connors.
“Hello. Tom Connors here, Guest Services Director at The Diamond Casino and Resort. Please forgive the intrusion, I noticed you bought a membership package, but haven't found the time to come down and visit us yet... I'm sure you're awfully busy, but I wanted to let you know I'm here to show you around whenever you have a moment. The champagne's on ice, and it's opening wonderfully.” 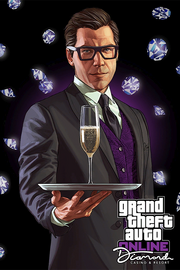 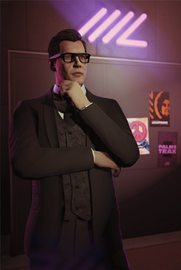 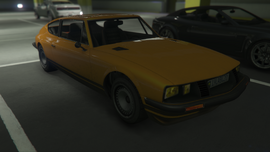 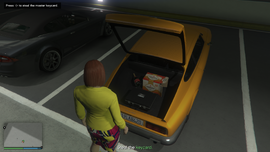 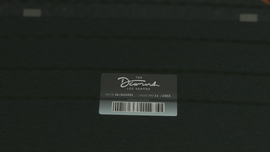