Beat the par time of the race

"Record the fastest time possible, with a new course to master every week that awards you GTA$ and RP for beating our target time or your own personal best - and a championship worthy haul if you can take down the World Record."
―Description

Time Trials are short races from one location to another. The goal is to beat a par time, rewarding the player with money and reputation. A purple corona will highlight the starting point, which can be seen on the map as a purple stopwatch icon. There are no checkpoints, meaning the player can take any path they want to reach the finishing point.

The race is live and one-man only, meaning that other players can see the player racing in the freemode session. To avoid interruptions by others, the player is switched to passive mode.

If the player took a wrong turn or ran out of time, they can hold F (PC), Y (Xbox One), or Triangle (PlayStation 4) to restart the race. The player will then be placed at the purple corona and have the option to start the race again.

Time Trials are unique and change every week (real-time). Once the player has beaten the par time, the time trial becomes unavailable and reappears after a while. Any further successful attempt on beating the par time will only give the consolation money ($1,000-$4,000).

Until February 2, 2016, at total of 22 Time Trials were released. A week later, the list was started all over again, beginning with Del Perro Pier.

Certain vehicles, such as the Oppressor and the Deluxo, can't be used for Time Trials. As of the Diamond Casino & Resort update, all weaponized vehicles and special vehicles can no longer be used. In the same update, changes were made so that beating the par time will now award the player $100,000 and not $50,000.

With the Peyote Gasser Week event, 10 new Time Trials were added to the game, with the first one being Elysian Island.

Time Trial icon on the map.

An example of a start corona.

Time Trial end - in this case it "failed" as the par time was not beaten.

Time Trial end - the par time was beaten. The reward of $51,000 can be seen transacting into the player's bank. 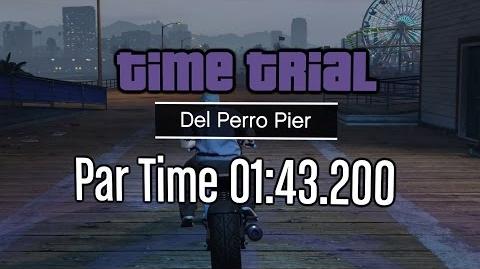 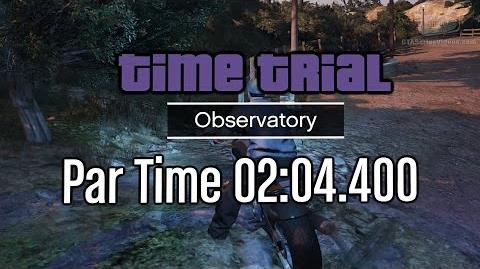 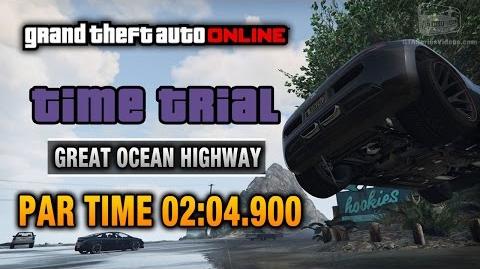 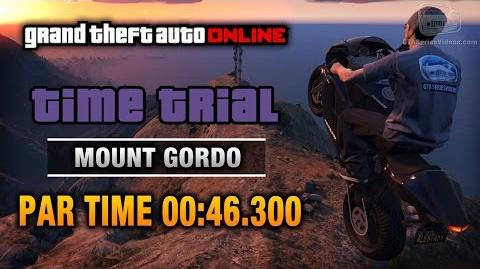 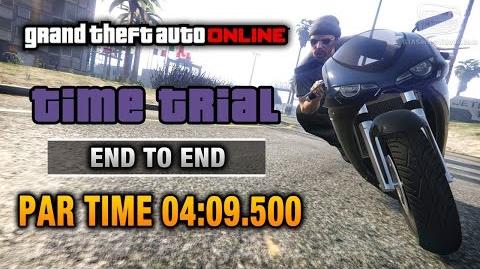 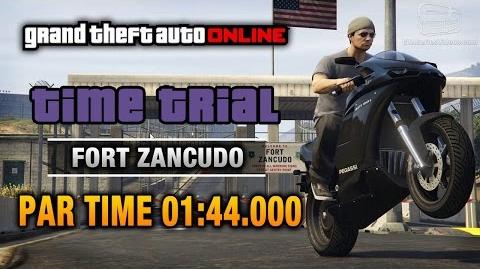 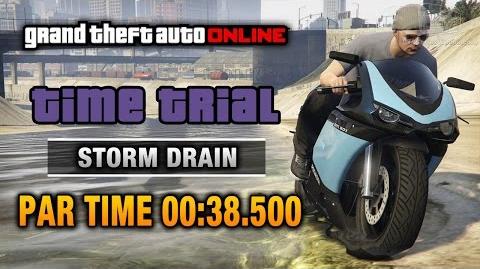 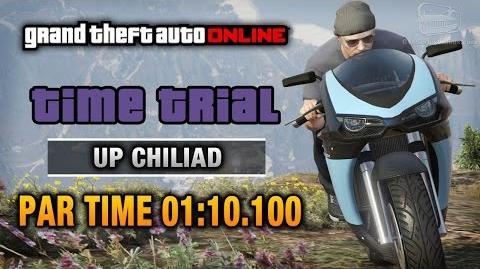 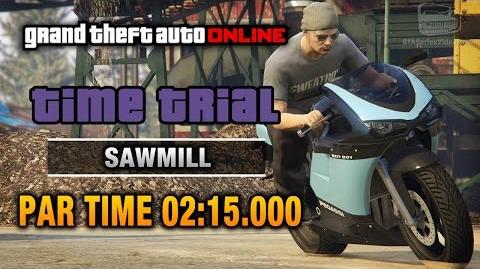 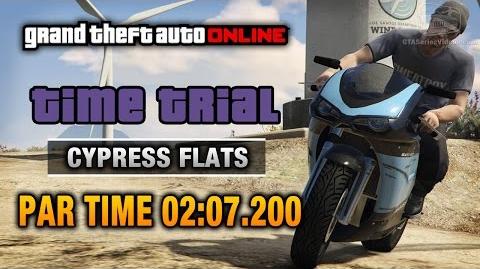 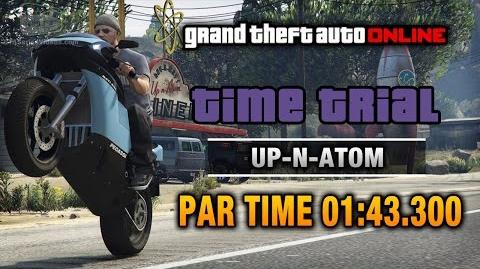 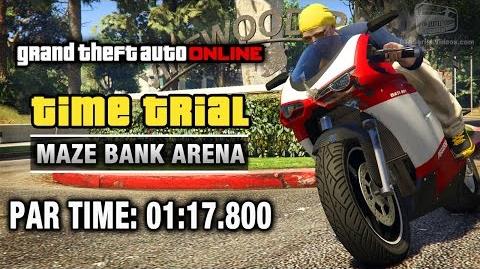 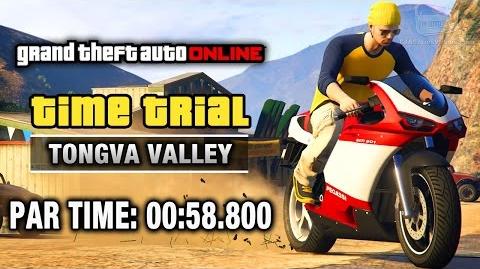 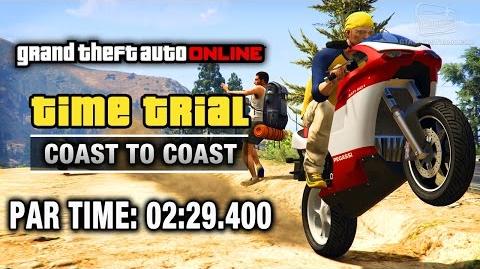 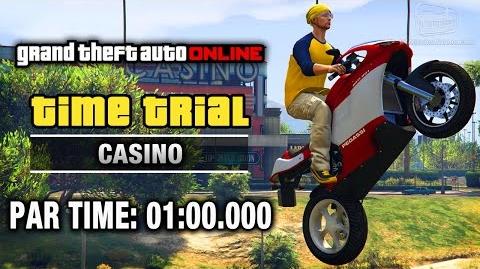 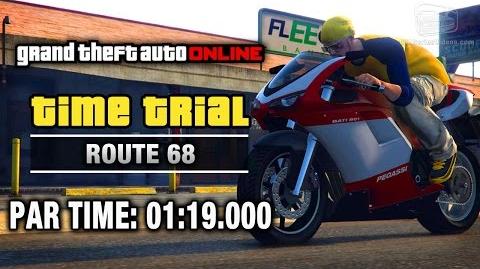 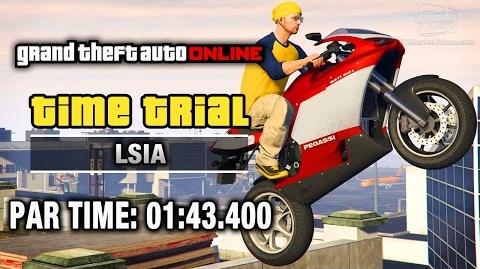 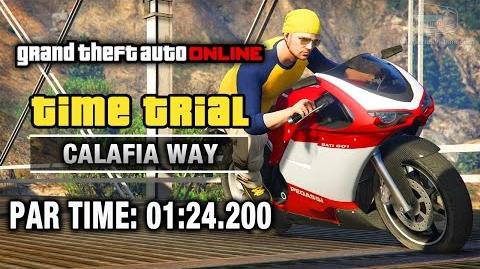 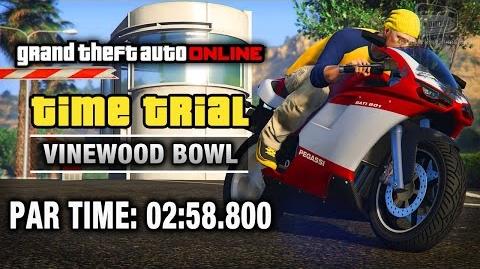 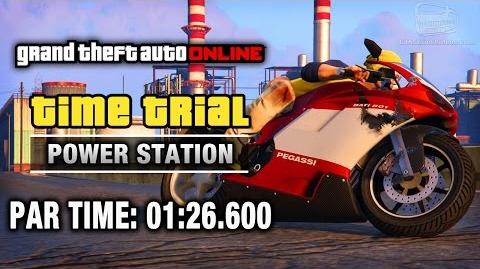 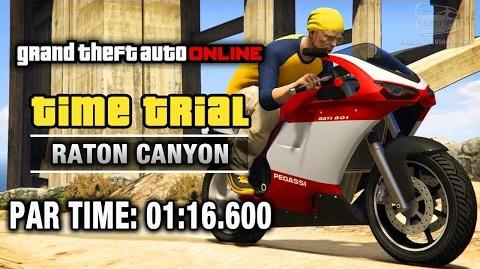 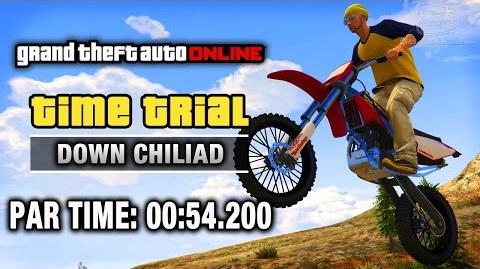 Retrieved from "https://gta.fandom.com/wiki/Time_Trials?oldid=1199205"
Community content is available under CC-BY-SA unless otherwise noted.