• ­Get all three cars to the garage in time.

• ­Steal either of the two remaining cars.

Kenny: "Hsin's idiot son, Chan Jaoming, has had the audacity, the impudence, the outright insanity of asking me to work for him."
Huang: "Great! This could help you regain face with Hsin."
Kenny: "Yes, but there's not much honor in wiping Chan's ass."
—Kenny Lee asks Huang Lee to work for Chan Jaoming

The Wheelman is a mission in Grand Theft Auto: Chinatown Wars given to protagonist Huang Lee by his uncle and Lee Family head Wu Lee.

Be aware that all the marked vehicles must be delivered under six in-game hours. They can be collected in any order. Make sure not to damage the cars too much or it will be a failure. The cars Huang needs to find are a Resolution X parked in a parking lot near uncle Wu restaurant, a MK GT9 parked behind a police station, and a 500 XLR8 parked in a gas station. Once Huang collect one of the vehicles, drive it to the garage in BOABO.

The reward for completing this mission is $50. The mission Tricks of the Triad is unlocked.

"I collected a bunch of cars for the big boss's son, Chan Jaoming.

Hopefully, the boss will take it easier on Uncle Kenny now, and maybe Kenny will get off my back too.

He might be under a lot of stress, but he gives it out easy enough too." 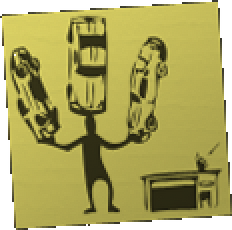 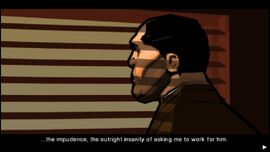 Uncle Kenny says Chan Jaoming, the son of Triad leader Hsin Jaoming, has asked to work for him. 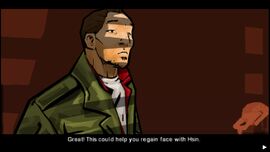 Huang likes the idea and says it can help with Kenny's debt. 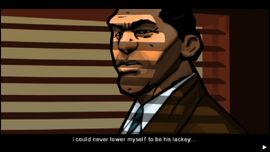 Kenny disagrees and says he's not such an idiot to work for Chan... 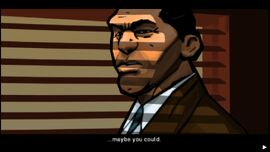 ... And asks Huang to work for Chan instead. 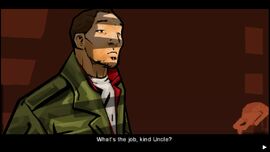 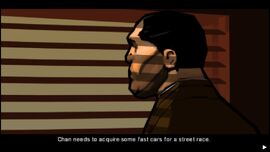 He says that Chan wants him to steal some fast cars for a street race that will take place some time later. 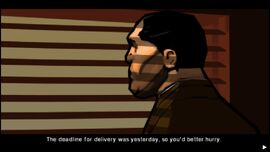 He says the cars will be taken the following day, so Huang must hurry. 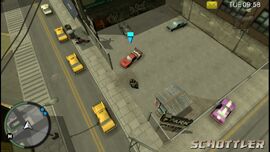 Huang finds a Resolution X in a parking lot in Cassidy Street in Schottler. 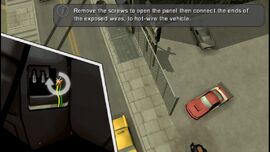 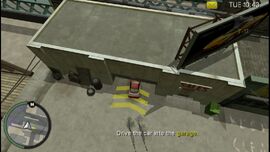 Huang manages to deliver the Resolution X to the garage in time. 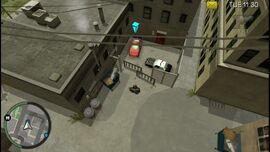 Huang finds a 500 XLR8 behind a police station. 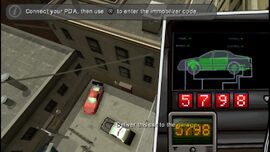 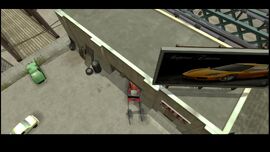 Huang delivering the car to the garage. 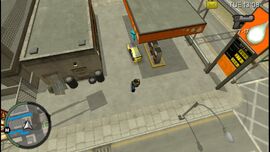 Huang finds the MK GT9 at a filling station. Huang steals the car easily. No hot-wire needed this time. 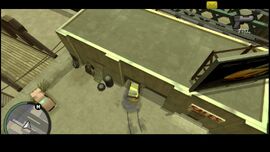 Huang delivering the last car to the garage. 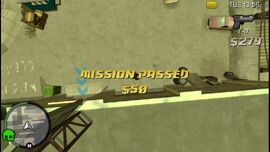 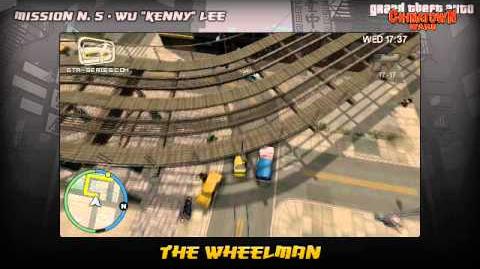 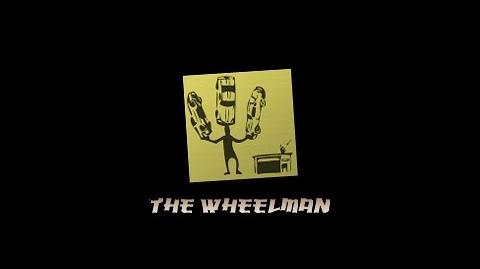 Retrieved from "https://gta.fandom.com/wiki/The_Wheelman?oldid=1320239"
Community content is available under CC-BY-SA unless otherwise noted.