The Multi Target Assassination
I Fought The Law

In-game time
“You know, I don't even feel bad about it.”

The Vice Assassination is a mission in Grand Theft Auto V given to protagonist Franklin Clinton by Lester Crest.

Franklin arrives at a payphone at Legion Square where he is contacted by Lester. This time, Lester wants Franklin to assassinate Jackson Skinner, the head of product development for the company Facade. According to Lester, Skinner has been selling customer information to the highest bidder, in effect supporting cyberterrorism.

Lester has learned that Skinner has a taste for working girls, specifically one in La Puerta in Los Santos. Franklin heads to Mutiny Road where he finds the woman in question. Franklin stakes out the prostitute, watching her turn away a number of potential johns. When the woman finally does enter a car, Franklin kills Skinner. After leaving the scene and escaping any potential wanted level, Franklin calls Lester and reports that the job is done.

"Facade's Jackson Skinner, the Head of Product Develoment, has been murdered. Outspoken Skinner, who was always unapologetic about Facade's aggressive licensing policies and ruthless domination of the operating system market, had found himself at the center of a data mining scandal in recent weeks. On its own, this wouldn't be motive enough to suggest a conspiracy but, following in the wake of the Bilkinton and Redwood assassinations, many are starting to ask the question - is there a vendetta against corporate greed happening in Los Santos? We will continue to report on this story during any gaps in far more important East Coast news."

"A software executive has been killed. In stock market news, Fruit share price is on the rise, following the murder and possible assassination of Facade's head of product development Jackson Skinner. The company promised to keep their world processing software less useful with each iteration." 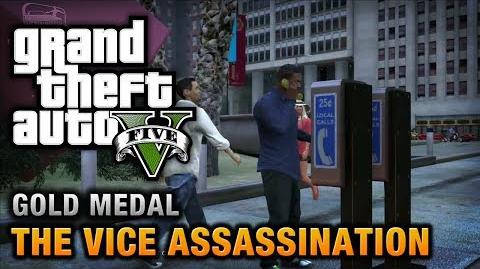 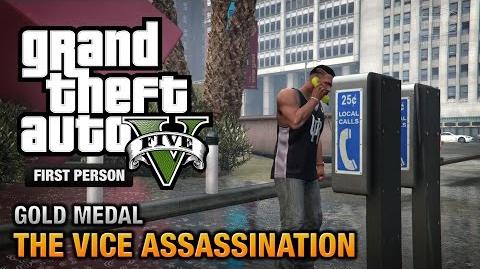 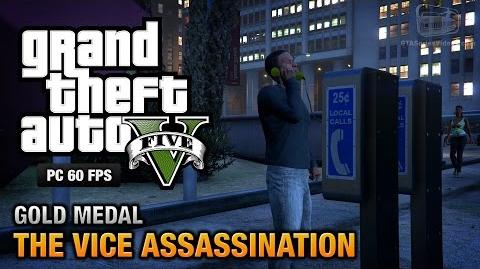